Kiara Advani's Birthday: The 'Kabir Singh' actress shared a glimpse of her in-house gala, which was equal parts chic and spectacular. 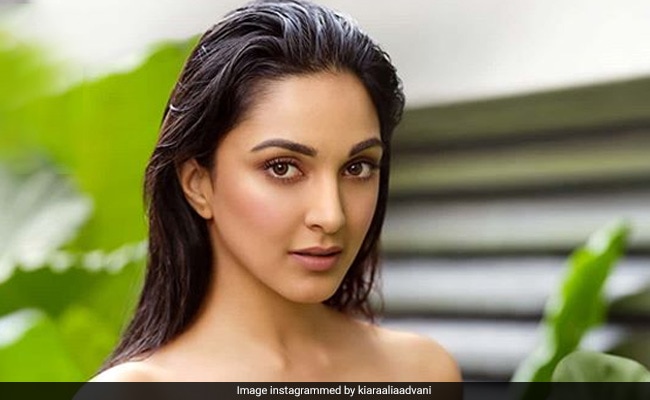 Kiara Advani was one of the biggest talking points of the year 2019. Her movie 'Kabir Singh' where she starred opposite Shahid Kapoor went to become one of the biggest blockbusters of Hindi cinema, her character 'Preeti' became a rage on the internet for various reasons. Later in the year, she featured in the super hit multi-starrer comedy 'Good Newwz' with Diljit Dosanjh, Kareena Kapoor and Akshay Kumar. This year is also looking very good for the actor. With a slew of interesting projects in her kitty like 'Laxmmi Bomb' and Captain Vikram Batra's biopic, Kiara's fans cannot wait to see her back on screen.

On personal front, Kiara celebrated her 28th birthday recently. Needless to say, Kiara had to celebrate it at her home in a low - key affair, much unlike last year when the actress partied with all her close friends and family at a popular club in Mumbai. Kiara's friends from the industry also took to social media to extend their wishes to the actor this year.

(Also Read: Kiara Advani Shares The Favourite Breakfast Meal That She 'Lives For')

The 'Kabir Singh' actress shared a glimpse of her in-house gala, which was equal parts chic and spectacular. In her Instagram post, Kiara can be seen surrounded by at least four cakes, and multiple muffins, mousse, dessert jars and cookies. We spotted a white buttercream cream crowned with flowers, flanked by a nutty and crunchy cake on the lefts and two chocolate cakes on the right, and another creamy, layered cake towards the front. Dark chocolate mousse with nuts and chocolate chip muffins occupied one whole tray, and another tray was dedicated for butter cookies. In the picture, we also saw two winsome dessert jars!

We hope you got to indulge to your heart's content on your birthday Kiara!