Love Paneer? Try This Zesty Paneer Kundan Kaliyan Recipe To Bring Out The Best In It

The aromatic and flavourful Paneer Kundan Kaliyan revokes all preconceived notions that you may have had of a paneer dish. 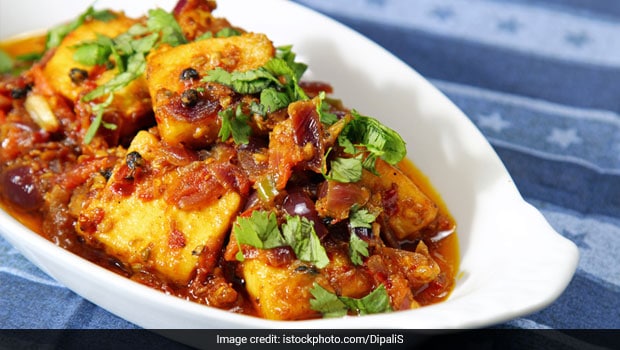 Paneer Kundan Kaliyan is a must-try recipe if you love Paneer.

There's something about the humble paneer which we just can't get enough of. Juicy and soft cottage cheese cubes cooked in delicious gravy makes for a meal fit for kings. The Paneer Kundan Kaliyan is one such recipe from the royal culinary traditions of Awadh. The cuisine of Awadh is known to serve a range of sumptuous delicacies such as kebabs, biryanis and kormas. The Paneer Kundan Kaliyan originates from this very tradition and truly makes for a feast fit for royalty.

(Also Read: Make This Quick Paneer Pyaz Sabzi When You Want To Take It Easy In The Kitchen)

The aromatic and flavourful Paneer Kundan Kaliyan revokes all preconceived notions that you may have had of a paneer dish. It is said that Awadhi royals were served the mutton version of this delicate preparation, garnished with thin slivers of gold or silver. However, this recipe replaces mutton with thick, juicy slices of cottage cheese, which are marinated in turmeric and Kashmiri red chilli and then deep fried. The gravy of the Paneer Kundan Kaliyan is quite interesting too; it begins with the use of whole spices such as cardamom, cloves and coriander seeds. These lend a whole new level of deliciousness to the paneer dish.

Further, the recipe uses chopped tomatoes and onions in the masala rather than a puree. This brings out a very nice crunchy texture in the dish and goes well with the softness and chewiness of the paneer. The Paneer Kundan Kaliyan is not intended to be a gravy dish, but if you like some gravy with your paneer, you can add a cup of water to the masala as well. The dish also uses a bit of yogurt and cream to add an unbelievable smooth texture to the recipe. To finish off the decadent preparation, it is topped with dried rose petals and garam masala.

Tempted to try this recipe yet? Click here to read the full recipe of Paneer Kundan Kaliyan.