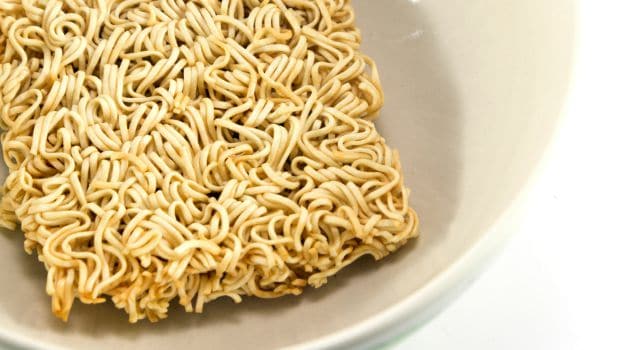 The ongoing ban on Maggi instant noodles will not result in job cuts, Nestle India's newly appointed Managing Director Suresh Narayanan has said while seeking to bring back 'pride and self confidence' among the company's 7,200-odd employees.

(Nestle India Targets Growth in Other Businesses After Maggi Scare)

The company, which has suffered its first quarter loss in 30 years due to Maggi ban, has redeployed employees who were involved in manufacturing of the instant noodles for other operations.

"As of now every single permanent employee of this company has his job," said Narayanan expressing the hope that Nestle would soon overcome from this situation. Expressing optimism to find a way to resolve the Maggi issue without affecting employment in the company, he said: "It is my hope that we are able to find a solution and able to move forward and hopefully the thought that we would have separations does not enter in my mind today because I would like to move forward and resolve the issue."

Describing the current situation as "not a pleasant" one for the company, he said there are "people at factories who have been redeployed to other activities in order to tide over the circumstances".

"It's a blow to the pride and self confidence of a lot of people and I think that it is my endeavour to build that back because ultimately whatever we do in this country and whatever we do as a company will be on the shoulders of these people," he said.

Expressing confidence that Nestle India and its employees will be able to overcome the challenge, Narayanan said: "We are a people company. For me the first mandate is people. As I said, my first task is to built back the self confidence (of employees)."

Taking charge of the company at a time when it is facing an unprecedented situation, he said the mandate offered him a "different kind of challenge" and having an Indian face at helm "is an icing on the cake". "Being an Indian makes me familiar. The fact is I can speak Hindi but the fact is that I can also feel the heart beat of the country being from the same society," he added.

Nestle India had recalled its previous Managing Director Etienne Benet on July 24 and replaced him with Narayanan who was heading the company's operations in Philippines. While reiterating bringing back Maggi as priority, he had also sought to strike a conciliatory note with authorities stating he wasn't "in a confrontational frame".

Hit by ban on its Maggi instant noodles, Nestle India reported a standalone loss of Rs 64.40 crore for the quarter ended on June 30, 2015 -- its first quarterly loss in over three decades. It had posted a net profit of Rs 287.86 crore during the April-June quarter of financial year 2014-15.