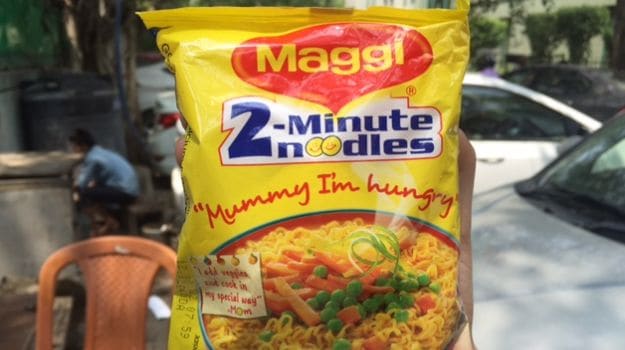 The Supreme Court on Tuesday sought the central government's response on Nestle India's plea challenging the "legality and correctness" of the National Consumer Disputes Redressal Commission (NCDRC) order directing testing of 16 samples of Maggi noodles to ascertain their safety for consumption.

A bench of Justice Dipak Misra and Justice Prafulla C. Pant, while issuing notice to the government, which is also on caveat in the matter, said that it would hear the matter on Wednesday as senior counsel L.Nageshwara Rao sought the interim stay of the NCDRC's December 9 order directing the testing of 16 samples.

Nestle, in its plea, said that "the commission had directed that out of withdrawn stocks of Maggi noodles in the custody of the Food Safety and Standards Authority of India (of which 100 batch numbers were randomly noted by the local commissioner), 16 samples be sent for testing for presence of lead in any form and monosodium glutamate (MSG), including their quantity in the samples at the Export Inspection Council of India, Chennai".

The NCDRC had ordered the testing of the Maggi noodles in the course of the hearing of the central government's class action suit against Nestle India, the manufacturer of the noodles, seeking about Rs.640 crore in damages for alleged unfair trade practices, false labelling and misleading advertisements.

Nestle India has assailed the NCDRC order holding that if a laboratory in terms of section 2(1)(a) of the Consumer Protection Act, 1986 is recognised by the central or the state government or has been established under the law and maintained, financed or aided by either of the governments, then it need not necessarily be accredited by the NABL or notified by the Food Safety Standard Authority of India.

However, the Bombay High Court by its August 13, 2015, order had held that since the labs which tested Nestle's Maggi noodles were not accredited by the National Accreditation Board for Testing and Calibration Laboratories (NABL), their findings could not be relied upon.

Initially, Nageshwara Rao said that Nestle India plea challenging the NCDRC order could be taken up on January 13 when the court will hear the central government's challenge to the Bombay High Court order.

Promoted
Listen to the latest songs, only on JioSaavn.com
However, when he sought the interim stay of the NCDRC order, the court said that the matter would to be taken up on Wednesday as it sought the central government's response on Nestle's plea.

Contending that the NCDRC had gravely erred while ordering further testing of the samples, Nestle India has said that the samples from the withdrawn Maggi noodles have already been tested in FSSAI notified and accredited laboratories.

CommentsIt further said that in the past few months it had voluntary, in the consumer interest, "undertaken testing of 3,566 samples of its instant noodles at nine different labs in India and abroad including samples tested at FSSAI notified and NABL accredited labs in India and all test results have shown Maggi noodles compliant".