Moong Dal Ka Halwa: This Winter Favourite Would Leave You Craving For More

The delectable combination of moong dal cooked in desi ghee makes it the ideal dessert you want to snuggle with this nippy weather. 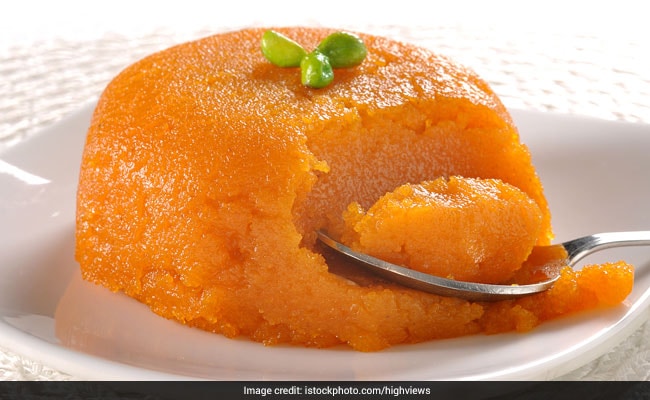 Winters are finally here! With the sudden dip in temperatures, our kitchens have also seen a transition of sorts. Chilled water bottles were the first to go, then came in the army of the seasonal vegetables and now it's time for the season's best hot and decadent treats to make their way into our meals. For the longest time,Gajar ka Halwa has been amongst the most enjoyed deserts in winters for most of us. The desi gajar cooked in oodles of ghee, sugar, khoya and chunky nuts can make the harshest dip in the temperature seem bearable. But before handing down the crown of the undisputed king of winter desserts to gajar ka halwa, lend us your ear to hear out about the other extremely popular winter relish that calls for its due attention - Moong Dal Ka halwa. The delectable combination of moong dal cooked in desi ghee makes it the ideal dessert you want to snuggle with this nippy weather.

India and its love affair with 'Halwa', needs no introduction. You hand us anything and we can use it to whip up a delicious Halwa. Gajar, Lauki, Sooji, Aloo, we even have a Mirchi ka Halwa standing tall and proud in the rich family of Indian Halwas. Many Food historians, say that 'Halwa' may have been an import from the Arab and Turkish lands. The Turkish confection of ground sesame seeds and honey is believed to have travelled towards the eastern countries in medieval times and became our very own Halwa as we see today. Moong dal ka Halwa is a special dessert, with its origins tracing back to Rajasthan, mostly prepared in winters as a warm dessert. Rajasthan and its ingenious use of making the most with its liminal resources due to its geographical alignments, possibly makes for one of the most interesting facets of Indian cooking. Moong dal ka halwa is also considered to be one of the most auspicious desserts in the region and is prepared widely for special occasions such as Diwali or any religious occasions and weddings.

The ever so-versatile Moong dalor yellow lentil is hands down India's favourite go-to dal, in addition to its usual moong dal preparation. Moong dal is also widely used in to making vadas, pakodas, chila, papad and samosa. The Moong dal ka halwa too finds its deserved place in the rich repertoire of Moong dal based dishes.

Prepared by roasting split Moong dal/ lentils in oodles of ghee, it is cooked with milk/ mawa, sugar, cardamom and lots of dry fruits. The rich golden hue of the moong dal and the shiny glaze of ghee topped with nuts, cardamom and saffron are a sight to behold. Moong Dal ka Halwa plays on a single, dominant ingredient - which is Moong - and the secret of the perfect Moong Dal ka halwa lies in how well you cook the lentil paste in ghee, until it oozes out its aromatic goodness. Milk, sugar, saffron and chunky nuts come later to further enhance the goodness of the decadent dessert.

You can make the warm indulgent treat for yourself with this delicious recipe of Moong Dal ka Halwa by Niru Gupta. Warm, wholesome, decadent and aromatic there cant be a winter treat better than this.