Nothing Against Nestle, Our Priority is Consumer Health: Paswan 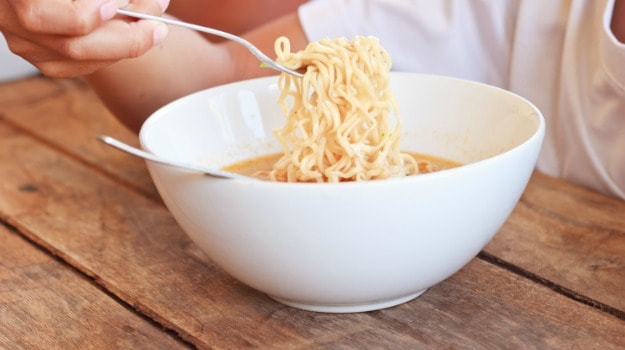 Consumer Affairs Minister Ram Vilas Paswan on Tuesday said while the government had nothing against Nestle over the Maggi noodle controversy, which was probed by an independent watchdog on safety standards, the episode had created awareness among the public.

"Our priority is consumer health. From president to peon, everyone is a consumer. We don't want our people visit doctors after eating sub-standard food. The Maggi episode has created awareness on food safety," said Paswan who also holds food and public distribution portfolios.

"We want consumers to get safe food products. We also don't want to create panic in the market," said the minister, speaking to reporters at the launch of a national campaign to strengthen countrywide awareness and capacity building on safe and hygienic food for all. Paswan also sought to clarify that he considered Nestle to be a responsible company.

"The Maggi issue was an isolated case. No one has to fear. But black sheep are everywhere. One thing is: No big company wants to sell sub-standard food products. And one wrong incident does not mean that the company is bad," he said.

Maggi noodles were banned by India's food regulator on June 5 after a allegedly high amount of lead and monosodium glutamate (MSG) were found in a sample. Following that, Nestle withdrew all the variants of the popular instant noodle but continued to maintain that its products were safe.

This was also confirmed by a host of other countries, including Britain, Singapore and Canada, found Maggi noodles that were imported there from India to be safe. Paswan, nevertheless, sought to defend actions by Indian authorities.

"If something comes to the government's notice, it has to take action. If some complain about the product comes to the FSSAI (Food Safety and Standards Authority of India, the regulator), an investigation has to be done,"he said.

"That doesn't mean that the company is good or bad," he said, adding that it did not make any difference which was the nodal ministry for the food regulator as long as it was functioning properly.