Pica- The Eating Disorder That Makes You Eat Inedible Objects

A person suffering from Pica basically craves for odd and inedible objects. A person with Pica syndrome may crave for anything from coins, and clothes to chalk and even cigarette butts. 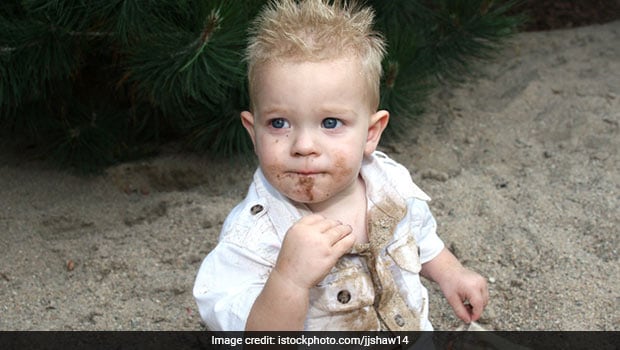 Highlights
There are numerous eating disorders, namely binge eating, anorexia, bulimia nervosa and one disorder that caught our attention is Pica syndrome, the eating disorder that is not about food. Surprised, are you? Let us explain. A person suffering from Pica basically craves for odd and inedible objects. A person with Pica syndrome may crave for anything from coins, and clothes to chalk and even cigarette butts. It may be a rare eating disorder but definitely dangerous as the cravings can include anything that is inedible. Hard to imagine eating or chewing on such things, right?

The strange eating disorder apparently got its name from the Latin word for 'magpie', a bird that feeds on just about anything. According to the National Library of Medicine, this non-food craving disorder is generally found in 10 percent to 32 percent of kids aged between one and six. These youngsters can eat paint, string, hair, plaster or chalks. On the other hand, teens and adults crave for plastic, erasers, ice, fingernails, paper, coal, chalk, wood, needles and even wires!

Symptoms of pica syndrome may primarily depend on what is being ingested. These substances may contain toxic chemicals or bacteria that can harm your health. Once consumed, these substances can easily damage your gastrointestinal tract resulting in bowel problems like ulcerations, perforations or others. Other than this, a person with this eating disorder may also have disturbed eating behaviours along with extreme concerns about weight, eating, body shape and overall health.

Are only kids susceptible to this eating disorder?

While it may mostly be seen in kids, it can also affect adults. It can become potentially life threatening considering the amount of inedible objects one must have digested before the disorder is diagnosed. However, early diagnosis and intervention may greatly reduce the severity of this eating disorder. It is, therefore, imperative to see a doctor at the earliest.

While it may mostly be seen in kids, it can also affect adults​

Is treatment possible for people with pica syndrome?

The pica syndrome does not have any laboratory tests, but the diagnosis is made from a clinical history of the patient. Additionally, certain tests are done to check deficiencies that may be a possible cause of this syndrome, for instance, hemoglobin to check for anemia, lead levels if objects coated with lead have been consumed and other gastrointestinal tests to rule out any other deficiencies. Treatment includes replacing missing nutrients if applicable and addresses any other health issue. The major reason of this syndrome may be the lack of essential nutrients in the body which causes the person to develop such a condition.

Pica syndrome may be a rare condition, but it can definitely take a toll on your body and health, therefore it should be immediately reported to the concerned doctor for further treatment.

Have you ever heard about eating disorders as weird and bizarre as Pica? Do let us know in the comment box below!