Project Streedhan: This Dhanteras Make A Smart Investment With These Iron-Rich Foods And Diet Tips

'Project Streedhan' is a social awareness campaign that is urging women to pay close attention to their iron intake. According to the data revealed by thecampaign video, as many as 50 percent of Indian women are anaemic. 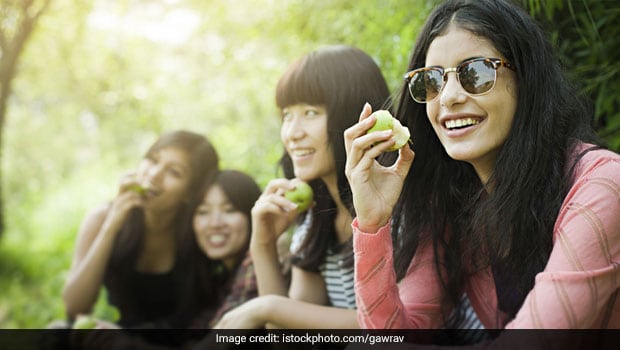 Anaemia is the most common blood disorder across the globe

The festive season is around the corner. Markets and online shopping portals are buzzing with lucrative deals for gold, cars, utensils and electronics for Dhanteras. 'Dhan' in Hindi means wealth. It is believed that investments made on this auspicious day may prove lucky for you in the long run. While you are busy planning your 'big' purchases this festive season, how about sparing a thought towards your health? It does not take a lot of your time, and this little investment will yield you benefits for years to come. Sure, the discounts and offers on gold and other precious metals are tempting for several women to flock to the jewellery stores, but #Projectstreedhan, a social awareness campaign is urging women to #InvestInIron. Why you ask? Because according to the data revealed by the campaign video, as many as 50 percent of all Indian women are anaemic - the numbers aren't any better in the urban sector. Despite access to information and better healthcare facilities, a great chunk of women in urban India also happen to be suffering from anaemia. The campaign aims at creating awareness about anemia by encouraging women to eat iron-rich foods. Here's the link to the video:

What Is Anaemia, Common Causes And Symptoms:

Anaemia is a common condition, where your blood does not have enough healthy red blood cells or haemoglobin. Common symptoms are anaemia are fatigue, shortness of breath, some women also face increased occurrences of drowsiness and palpitations. Yellow eyes and pale skin are some external manifestations of the disorder. Anaemia could be caused due to excessive blood loss, impaired production of red blood cells, genetic disorders, chronic diseases or destruction of red blood cells. Anaemia is the most common blood disorder across the globe, and as per various health experts, women are more likely to be at greater risk than men.

Anaemia can be of various kinds, but the anaemia caused by iron deficiency could be managed to a great extent by increasing iron supplementation and iron-rich foods in one's diet. Iron helps carry oxygen throughout the body and plays a key role in making red blood cells. Since women lose out on a lot of iron through menstrual bleeding, their iron requirement is different from their male counterparts.

Here are a few diet tips women must keep in mind to make sure they are having optimum amount of iron:

1. Include a lot of dark green and seasonal greens in your diets like spinach, colocassia leaves, cauliflower greens etc.

2. Do not toss away the organ meats, especially liver, it is rich in iron.

3. Consume red meat but in moderation. Opt for the leaner cuts to avoid extra fat and cholesterol.

4. In addition to iron-rich foods, it is a good idea to include a lot of vitamin C-rich foods; they help better absorption of iron in the body.

5. Iron found in plant-based foods is classified as non-haem iron. Iron present in animal foods such as red and organ meats is haem iron. Make sure your diet has an ideal balance of both.

(Also Read: 10 Ways Iron Deficiency Could Be Slowing Down Your Life)

Here are some iron-rich foods you can include in your diet:

1. Liver And Organ Meats: Popular kinds of organ meats are liver, kidneys, brain and heart. All these meats are high in iron that can easily be absorbed by our body.

2. Legumes: Legumes like rajma and chickpeas are profuse with iron too. You can use them to make curries, salads and sprouts.

Legumes are a good source of iron too

3. Spinach: The greens are abundant with iron, potassium, magnesium, vitamin K and a lot more. It is advisable to cook your spinach. Cooking spinach tends to increase the bio-availability of nutrients.

4. Pumpkin Seeds: Do not toss away these seeds, for they can be a treasure trove of health and nutrition. Pumpkin seeds are profuse with iron and protein. You can toss them in salads, or snack on them as and when the cravings strike.

Pumpkin seeds are profuse with iron and protein.

5. Quinoa: The superfood is a complete source of protein. One cup of this cooked pseudo-cereal also contains about 2.8-3 grams of iron, as per the USDA. Additionally, it is also rich in folate, fibre, magnesium, manganese and copper.

6. Red Meat: Red meat like pork and lamb are very good source of iron. But eating a lot of red meat has been tied to high cholesterol risk and poor heart health. Therefore, be mindful of the portion and include only lean cuts of the red meat in your diet.

Take note if these foods and bookmark these diet tips. This festive season, pledge to invest in iron.