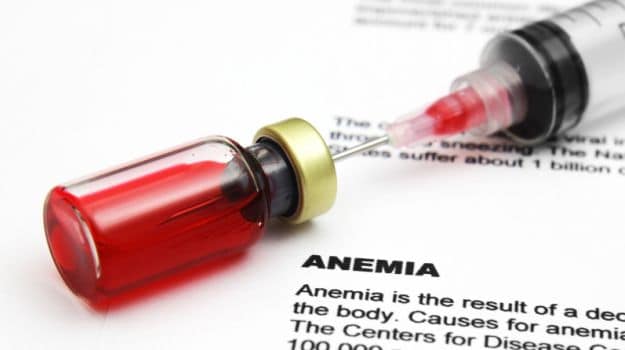 A report published by the World Health Organization (WHO) in 2011, showed that 48% women in the age group 15-49 years in India, had haemoglobin concentrations lower than 120g/L (12g/dL) and were diagnosed as having Anemia. Think about that, almost half of our female population in the prime of their lives possibly suffer from iron deficiency. When was the last time you got a CBC (Complete Blood Count) test done? Pay extra attention to the Hb reading in your next test report.

According to the WHO, “Anemia is a condition in which the number of red blood cells or their oxygen-carrying capacity is insufficient to meet physiologic needs, which vary by age, sex, altitude, smoking, and pregnancy status”. The red blood cells (RBCs) constitute the most abundant component of human blood and are responsible for providing life-supporting oxygen to other cells of the body. Haemoglobin, a pigment present in red blood cells, binds oxygen and delivers it to various cells in the body. A lower number of RBCs, poor haemoglobin concentrations, or inability of haemoglobin to transport sufficient oxygen, result in decreased oxygen transport to the body cells and subsequent physiological effects.

What Are the Causes of Anemia?

Anemia can occur due to a variety of reasons –

The amount of Iron absorbed by the body depends not only on the amount consumed through the diet, but also how much of that can be absorbed and assimilated within the body. Iron present in plant-based foods (non-haem iron) has lower absorbability than that present in animal foods such as red and organ meats (haem iron). Since loss of iron occurs through menstrual bleeding in women of reproductive age, iron needs are higher in women than in men.

The National Institute of Nutrition, ICMR, Hyderabad recommends a daily dietary intake of 21mg iron per day for adult women. These needs are higher in adolescent girls as well as in pregnant women. Loss of blood is aggravated in those having parasitic infections such as hookworms and malaria. Excessive use of non-steroidal anti-inflammatory drugs (NSAIDs) may also contribute to iron-deficiency anemia.

How to Diagnose Anemia?

What Are the Signs and Symptoms of Anemia?

What Can Be Done to Prevent/Control Iron-Deficiency Anemia?

Awareness is the first step to prevention, which in turn is better than cure. Constant vigilance about your Hb levels and a sharp eye on your diet can ensure you avoid iron-deficiency anemia.