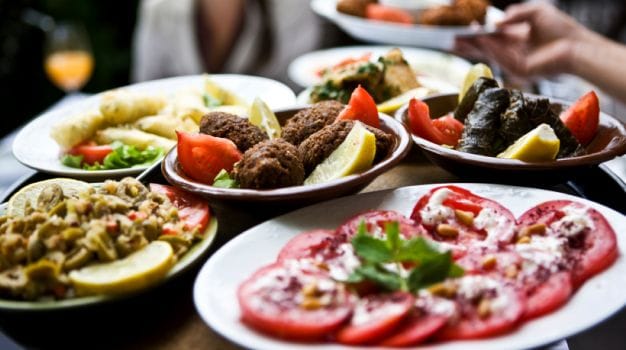 While the films on the menu at IFFI 2015 will offer much in terms of cerebral enrichment, another event outside the festival venue in Panaji is all set to tickle the taste buds of the thousands of delegates and foodies. In addition to Indian and world films which will be showcased at the International Film festival of India (IFFI), Palate Fest Pvt. Ltd will present an equally enticing opportunity to Goan food lovers and IFFI delegates to sample gourmet food catered by the best Indian culinary brands.

Founded by Ruchi Sibal and Aditi Kapoor, Palate Fest, which has tied up with the IFFI organisers, provides a common platform for interaction, understanding, business generation and exchange of ideas for associated culinary brands.

"Palate, along with IFFI, is creating a gourmet food village showcasing the best and most interesting culinary brands in the country. Film and food connoisseurs will be able to steep themselves into an extraordinary culinary experience, the IFFI Palate International Food Village in Goa between November 21 and 23," Sibal told.

The gourmet food village - a one-of-its-kind culinary event to ever happen in Goa - is being set up in the forest park right opposite the Marquinez Palace and INOX, which is the throbbing heart of IFFI activity. Visitors can sample culinary offerings and specialties from a host of leading culinary brands from across the country that will converge at the IFFI Palate International Food Village.

From the sophisticated Olive Bar to Fat Lulus, Delhi Chutney Co, Chaayos, Big Fat Sandwich, Thalassa and more, some of the country's premier restaurants and eateries will be setting up pop-up restaurants at the IFFI Palate International Food Village. Other brands that have partnered with this unique initiative include Cup Noodles, Giani, Lite Bites, Cazulo Feni and Edward's Yard.

"Some of the country's leading culinary brands will set up pop-up restaurants at the venue located along the beautiful river Mandovi," Sibal said.

Culinary enthusiasts can indulge in a variety of delectable offerings and get an insight into the latest fine dining trends. Visitors can also opt for a culinary master class and mocktail workshops conducted by masters of the trade. An interesting line-up of entertainment events has also been planned for the festival, which includes live music acts through the evening. Delhi-based music group Space Cadets will be flying into the city for the event.

Palate Fest saw immense success at its annual 'New Delhi Palate Fest' in November 2014, which was the first of its kind in India, started with an aim to keep the country's taste-buds tingling and bellies satisfied each year.

One hundred and eighty-seven films from 89 countries will be screened at the IFFI which starts from November 20, in the World Cinema and Indian Panorama sections. The spotlight will be on Spain with the festival screening films made by Spanish greats like Carlos Saura, Pedro Almadovar and contemporary filmmakers like Alejandro Amenabar.