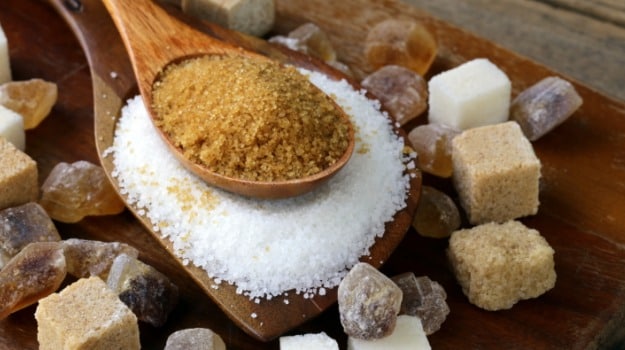 Adults and children from the Americas to Western Europe and the Middle East must roughly halve the amount of sugar they consume to lower risk of obesity and tooth decay, says the World Health Organization.

New guidelines mean people should reduce the amount to less than 10 percent of their daily energy intake -- or to about 50 grams or 12 teaspoons of sugar for adults, the U.N. agency said. A cut to less than 5 percent would be even better at helping prevent chronic diseases linked to poor diets including heart disease, cancers and diabetes, it added.

(Should I Cut Out Sugar?)

"The reason we are focussing on sugar is that we really have seen the important association with weight gain and obesity is a major public health concern for many countries, an increasing concern," the Director of WHO's Department of Nutrition for Health and Development, Dr. Francesco Branca, told a briefing.

The WHO's recommendations cover free sugars such as glucose and fructose, and sucrose or table sugar added to processed foods and drinks. They do not cover sugar found naturally in fresh fruit, vegetables and milk.

(Why Do We Crave Sugar, Salt and Fat?)

The current average in South America was 130 grams per adult per day, in North and Central America 95 grams, in Western Europe about 101 grams and 90 grams in the Middle East, Branca said. Equatorial and southern Africa has the lowest average of 30 grams.

"Where do we find free sugars, in reality we find them in a large number of products, in fact in the majority of products," he added. One can of sugar-sweetened soda contains up to 40 grams (around 10 teaspoons) of sugar, while orange and apple juices have between 24-26 grams, he said. "Actually it is very easy to exceed the recommendation of 12 teaspoons if you think of having maybe a bowl of breakfast cereals in the morning, then maybe you have a can of soda sometime during the day, then you have for dinner a sweetened yogurt, you are already above the 10 percent. You are already at approximately 15 teaspoons," Branca said.

Global sugar consumption from a daily average of about 58 grams per person in 2003 to 63 grams in 2013, is up about 10 percent, according to the WHO. The Sugar Association, a U.S. trade group, slammed the guideline, saying in a statement it used "weak and inconsistent data" to link sugar intake with chronic diseases.