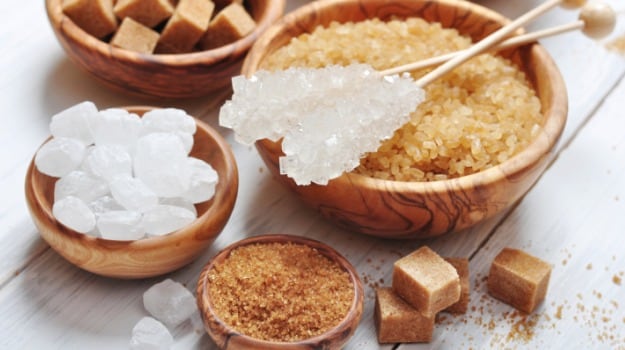 You will find High Fructose Corn Syrup (HFCS) to be an ingredient in most things you buy at the grocery store, especially those cold fizzy drinks. It's a thick golden syrup made from corn with a molecular composition close to that of sucrose or table sugar. It's said to have about 55 percent fructose and 45 percent glucose vs table sugar which has a 50/50 composition where the fructose molecules are bound to glucose. (A guide to sweet stuff in all its forms)

High fructose corn syrup is used very liberally in everything we eat and has been linked with soaring levels of diabetes and obesity. It's also known to stimulate over-eating. In recent years, a number of brands have tried to distance themselves from this syrup and opt for sugar instead. A case in point is Hersheys which said that it would eventually move away from this corn syrup as it's known to fuel diabetes and other health problems. Gatorade drinks and Yoplait yogurt have already made the jump. (After Gatorade, It's Hershey's Turn to Give Up Corn Sugar!)

Many researchers have argued that sugar is as bad if not more than high fructose corn syrup but this new study is here to give us a sweet surprise. It was published in the Journal of Nutrition and suggests that all added sugar found typically in processed foods are bad but among them the fructose found in corn syrup may harm you more than table sugar.

Wayne Potts, professor at University of Utah in the US and senior author of the study says, "This is the most robust study showing there is a difference between high-fructose corn syrup and table sugar at regular doses." To test their theory, researchers fed two groups of female mice 25 percent of their calorie intake with processed sugar which is proportionate to what people would eat. The fructose-glucose mix found in high fructose corn syrup was found to be more toxic than table sugar. Findings showed that

Female mice on the fructose-glucose diet had death rates 1.87 times higher than females on the sucrose diet. They also produced 26.4 percent fewer offspring. According to author James Ruff from University of Utah, "Our previous work and plenty of other studies have shown that added sugar in general is bad for your health. So first, reduce added sugar across the board. Then worry about the type of sugar, and decrease consumption of products with high-fructose corn syrup." (Fructose increases your hunger, makes you overeat)