Thanks to Monsoon, Foodgrain Production to Grow By 9%: Union Agriculture Minister 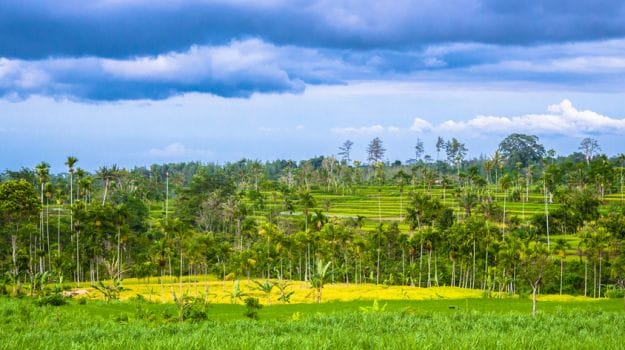 Highlights
Union Agriculture Minister Radha Mohan Singh on Thursday said that country's foodgrain production is estimated to rise by nine per cent to an all-time high of 135.03 million tonnes in the 2016-17 'kharif' (summer sowing) season with record output of rice and pulses following a good monsoon.

According to the first advance estimate of foodgrain output released by Singh here for the current 2016-17 crop year, rice production is estimated at an all-time high 93.88 million tonnes (MT) as against 91.31 MT in the last season.

"Production of pulses, whose retail prices have risen sharply due to a fall in production in the last two years, is pegged at a record 8.7 million tonnes in kharif this year, up by about 57 per cent from 5.54 MT in the previous kharif," he said.

Officials said that good rains have improved soil moisture and increased water level in reservoirs, which will boost sowing of winter crops beginning October.Data showed that country's overall foodgrain production had fallen to around 252 MT level in each of the previous two full crop years (including kharif and rabi) due to two consecutive years of drought.

Singh, said that as a result of favourable monsoon, "estimated production of most of the crops during the current kharif season is estimated to be higher as compared to their production as per 4th advance estimates for 2015-16".

Officials further said the coarse cereal production is estimated to grow to 32.45 MTs in this kharif season, from 27.17 in the last.

Listen to the latest songs, only on JioSaavn.com
As per the estimates, production of both tur and urad is pegged at a record 4.29 MT and 2.01 MT.

The output for soyabean oilseed output is estimated at 14.22 MT this kharif season as against 8.59 MT.