The Golden Spice: 5 Incredible Haldi Benefits That Would Take You By Surprise

Turmeric or Curcuma Longa is a flowering plant of the ginger family. A native plant of the Indian subcontinent and the Southeast Asian continent, the roots of turmeric have been used for thousands of years in Ayurveda, Unani, Chinese and Siddha medicine 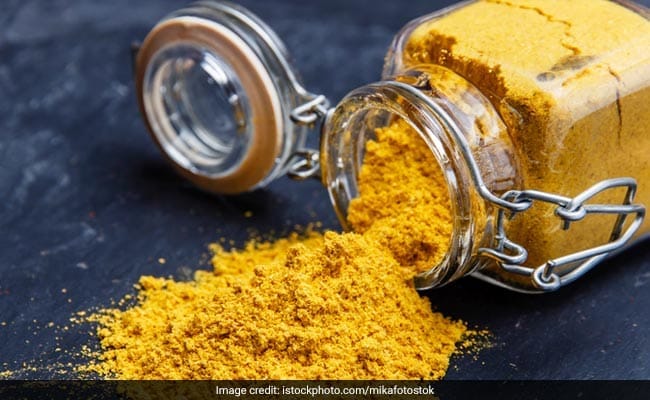 Benefits of Haldi: From controlling obesity to fighting skin infections

Turmeric or Curcuma Longa is a flowering plant of the ginger family. A native plant of the Indian subcontinent and the Southeast Asian continent, the roots of turmeric have been used for thousands of years in Ayurveda, Unani, Chinese and Siddha medicine. Once harvested, the rhizomes may be used fresh as kacchi haldi or they are boiled and dried, to be used in the powdered form found in every Indian household. Addition of turmeric to food adds a pungent, slightly bitter mustard-like flavour which is earthy.

Nutritionally, turmeric has some manganese, iron, magnesium, potassium, vitamin C, vitamin B6 and very little calories, fat and proteins. It may seem that it doesn't add much to your daily nutrition but the magic of turmeric comes in the form of compound called curcumin. This non-nutrient compound present in turmeric has been known to be very beneficial for our body for centuries and now scientific research is also proving its worth.

Curcumin is a polyphenol that gives turmeric its vivid orange-yellow colour.

Here are some health benefits of turmeric, which are well researched and established:

Antioxidant and anti-inflammatory activity of curcumin is the main reason of the health benefits of turmeric. It has been shown to reduce oxidative stress and increase the activity of our body's antioxidants. Curcumin has been found to have the strongest antioxidant effects when compared with other compounds.

Arthritis is a chronic problem that affects almost 250 million people worldwide. It has no cure and the medicines used are linked to several side-effects, which may not be desirable. Several studies have shown a positive effect of curcumin on both osteoarthritis and rheumatoid arthritis. Studies have reported a decrease in soreness and improved mobility. A compilation of results from various studies has found that 1000mg/day of curcumin for 8-12 weeks can reduce pain and inflammation similar to ibuprofen and diclofenac sodium (pain relief drugs) without the side-effects associated with them.

Metabolic syndrome is a combination of insulin resistance, hyperglycaemia, hypertension, low high-density lipoprotein cholesterol (HDL-C), elevated low-density lipoprotein cholesterol (LDL-C), elevated triglyceride levels, and obesity, especially visceral obesity. All these together increase the risk of heart diseases, stroke and diabetes. If you have even 2 of these, then your risk increases. Metabolic syndrome is a direct outcome of chronic inflammation. Curcumin has been documented to improve insulin sensitivity, reducing elevated BP, and controlling triglyceride and cholesterol levels while improving HDL cholesterol.

Haldi Benefits: Curcumin has been documented to improve insulin sensitivity

Obesity is almost a public health problem today. It is also a major risk factor for almost all health problems from diabetes to depression because obesity is associated with a chronic low-grade metabolic inflammation. Curcumin with its amazing anti-inflammatory abilities helps suppress chronic inflammation. Scientific research has shown a positive co-relation between curcumin and weight loss by preventing the growth of fat cells and it also protects against the negative impact of obesity on our health.

Be it haldi ubtan for beauty or haldi for cuts and bruises, haldi is used in most Indian households as part of skin care regime. Here again, scientific studies have shown that the anti-inflammatory and anti-bacterial properties of curcumin are at work. Turmeric taken orally or applied locally are both beneficial for the skin and have shown positive results against conditions like acne.

I would like to conclude with something I firmly believe, our traditional food, eating practises and grandmas advice are all very scientific, and studies across the world are proving this to be true. So add some spice and colour to your meal today and reap its health benefits.