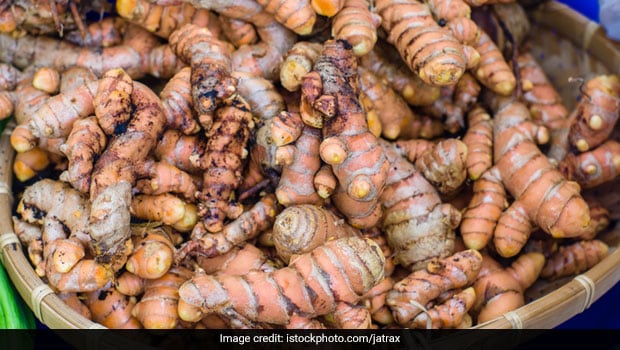 Turmeric is known around the world for its amazing health benefits and its use in multiple dishes and drinks. The west has caught up with eastern wisdom regarding the bright yellow spice that is a permanent fixture in almost all Indian kitchens. While yellow turmeric has been taking the health and culinary world by the storm, not many know about black turmeric. Yes, you read that right! The magical turmeric rhizome that you are so familiar with, also has a blackish-blue cousin that is usually grown in the Northeast of India as well as some other states. The scientific name of black turmeric is Curcuma caesia and it is also known as black zedoary. The plant that black turmeric comes from is a perennial herb that has pale yellow flowers with reddish border.

The plant is grown in a similar manner as common turmeric plant and just like yellow turmeric, black turmeric is available in both fresh and powder form. In some parts of Madhya Pradesh, the rhizomes are considered auspicious. The plant may be used to indicate abundance and the possession of this plant is said to prevent a shortage of food grains and cereals at home. The rhizome has a characteristic sweet smell due to the presence of essential oils. The plant has special significance for tribes in Manipur and some other states, where the paste from the rhizomes is applied on wounds as well as snakes and scorpion bites.

Also Read: White Turmeric: How It Is Different From Yellow Turmeric And Its Health Benefits

Also Read: 5 Amazing Turmeric Milk (Haldi-Doodh) Benefits: Why Should You Have This Golden Drink

Currently there is limited research into the benefits and potential uses of black turmeric. According to the 2013 report in the journal, "Less information is available regarding the clinical, toxicity, and phytoanalytical properties of this plant. Several phytochemical studies have been reported but still it needs to progress." Currently, black turmeric rhizomes are very rarely available in grocery stores, but you may go to your nearest nursery to see if you can cultivate the plant at home.