The Indian Purple Frog Being Eaten to Extinction 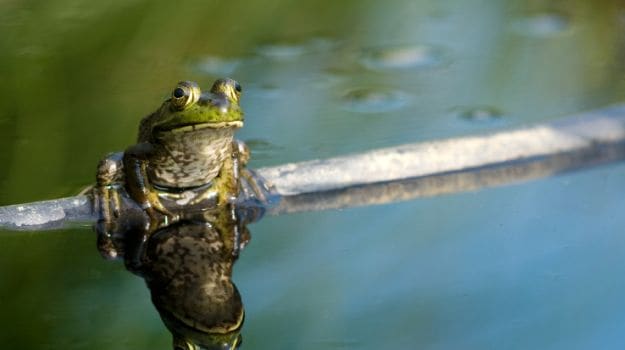 The Indian Purple Frog, an endemic and endangered amphibian found exclusively in the biodiversity hotspot of Western Ghats, is facing extinction threats due to the consumption of tadpoles by local tribes. The continuance of the practice of eating tadpole could lead to the extinction of its local population of the particular kind of frog, which in turn would be deleterious for the very survival of the species, researchers said.

The startling finding made by researchers Ashish Thomas and S D Biju of the Department of Environmental Studies, University of Delhi, was published in the recent issue of the international journal 'Salamandra'. A five-year-study, carried out by Thomas for Phd research under the guidance of Biju, said that though the Western Ghats is a global hotspot for amphibian diversity and endemism, more than 40 per cent of its amphibian fauna is threatened with extinction.

An old practice of consumption of the Purple tadpoles is prevalent among tribal communities in the state, it stated. As a part of the study, they had carried out a five-year survey during 2008-2013 in area of Idukki where tadpole consumption is prevalent and the qualitative and quantitative impacts of this practice had been analysed. The tribes in the area have been harvesting tadpoles from the time they settled in this area about 40 years back, it said.

"Times have changed drastically and the purple frog perilously survives only in few pockets. If the purple frog tadpoles continue to be on the tribal menu as a monsoon delicacy, the local population of these frogs are destined to disappear," he said.

CommentsThe researchers further suggest implementation of tribal-friendly conservation actions in order to mitigate this direct threat. Their proposal includes "education and awareness programmes for tribal communities cohabiting with the Purple frog, along with increasing employment opportunities for the tribal youth." The Indian Purple frog, known as Nasikabatrachus sahyadrensis in scientific parlance, is considered as a flagship species for conservation of the Western Ghats biodiversity hotspot region.