The Ultimate Guide to Street Foods Of Mathura

Apart from all the exquisite tales of the past, Mathura is also known for one more aspect, and that is its street food! 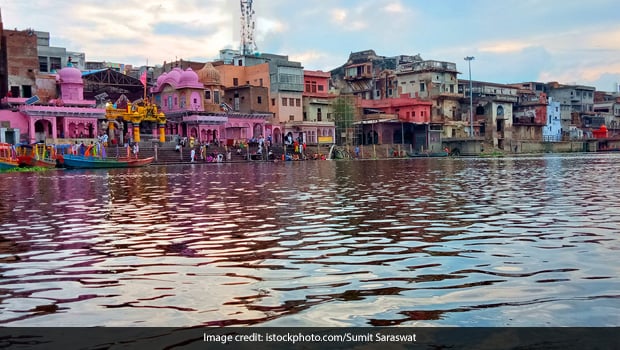 Mathura, the land of Lord Krishna, is known for its mythology, its temples and glorious Janmashtami. It is believed to be the birthplace of Lord Krishna and is one of the seven cities considered holy by Hindus (Sapta Puri) for pilgrimage. Mathura was the capital of the Surasena kingdom, ruled by Kansa, the maternal uncle of Lord Krishna. This city in Uttar Pradesh has been chosen as one of the heritage cities for the Heritage City Development and Augmentation Yojana scheme of Government of India. But the story doesn't end here. Apart from all the exquisite tales of the past, Mathura is also known for one more aspect, and that is its street food! When it is about eating out, Mathura has a bucketful to offer!

Being one of the holy cities of India, Mathura is devoid of any kind of non-vegetarian food. Food here are mostly satvik (devoid of onion, garlic). As makhan (white butter) is believed to be Lord Krishna's favourite food, milk and milk products are extensive part of the delicacies of this city.

Whenever we talk foods of Mathura, the first thing that one can think of is Peda. Mathura is considered as the brand name for peda sweet. It is prepared as bhog (offering) for Lord Krishna. It is a rich caramelised reduction of milk, with tinge of cardamom and ghee, giving a rich flavour to the sweet.

Lord Krishna is also fondly called 'makhan chor' and from here we get the term makhan mishri. Makhan mishri (sweetened white butter) is basically white butter with mishri (sugar candy) on the top, served in a small earthen pot. It is believed that Mother Yashoda used to feed her Balgopal his favourite makhan mishri every day.

If you are in Mathura, you must start your day with kachori and jalebi. Drenched in desi ghee, these kachoris are flat and served with aloo ki sabzi (potato curry). The best part is the strong flavour of hing (asafoetida) in the kachoris. And this spicy kachori treat remains incomplete without crispy, hot jalebis, drenched in syrup.

Mathura has a large influence of Gujarati food in their cuisine and the reason behind the same is the Gujarati sect of Hindus, who are religious followers of Lord Krishna. Hence, one will surely find khaman dhokla and poha in this city, alongside kachori and samosa.

India is incomplete without its chaats; and the best part is the varied taste of the same food in different corners of the country. In Mathura, bhalle is deep fried potato patty, served with dahi and chutney. Bhalle of Mathura can be considered as a distant cousin of what we call aloo tikki. So do not forget to try golgappe and bhalle papdi of Mathura.

Milk vastly dominates the cuisine of Mathura, be it in its original form or as any product. If you are lactose-addict, then you will surely find heaven in kadhai wale doodh. It is basically milk, simmered all day in iron kadhai, which turns thick when consumed, with a layer of malai on the top. Rabri is also a famous food of Mathura. It is basically condensed milk, served in earthen pot, with kesar, spices and nuts added to it. Rabri and jalebi is a bond that can never be broken. And of course when we talk about milk products, how can we miss lassi- a glassful of happiness with rich malai on it. Make sure you have the milk moustache on your face after gulping down a glassful of lassi.

You might not get ghewar the whole year. It is made during the monsoon season. Ghewar is disc-shaped sweet cake made with maida (all-purpose flour) and soaked in sugar syrup. Ghewar in Mathura turns unique because of its layers of malai and dry fruits.

So this time, if you are planning for Mathura, then add a food trail to your list, alongside visiting the temples.