The World's Most Well Guarded Recipes 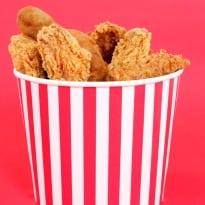 Let's face it - It's extremely hard to keep a secret. Especially when it's a really really good one. But in the world of food, a handful of companies have not only managed to keep their secrets safe, they've managed to build an empire out of them.

Some are as old as 100 years, while others are relatively new, but what they've all got in common is consistency, good flavour and a thrilling story. Let's take a look at some of the world's biggest success stories that got their products right, mastered the art of secrecy and have consistently been delivering a standardised food product across the globe.

Do you remember whining to your parents, almost begging for a glass of fizzy drink? And not just any fizzy drink, a tall glass of chilled Coke. With a history of 128 years, Coke is one of the most successful food companies in the world. The product was originally created in Georgia by a pharmacist named John Pemberton in 1886 and since then has grown in popularity across almost 100 countries.

Image via - Official facebook Page: facebook/coca-cola
Over the years, many food scientists and critics have tried to dissect the secret formula of Coke: from pork extract to bug dye, from cocaine to alcohol. It is said that the secret formula of coke now lies safely in the Coke Museum in Atlanta in a heavy steel vault manned by guards. Many food scientists suggest that Coke has altered its recipe through the years and it isn't possible to remain this consistent, Coke denies such allegations and says that their recipe has been the same since its inception.

Image via - Official facebook Page: facebook/KFCIndia
It's crispy, it's deep-fried golden, loved world over and straight-up awesome! And what is it that KFC's got that other fast-food restaurants don't? 11 secret ingredients and a legacy of over 70 years. The recipe of Kentucky Fried Chicken was first created in 1940 by the white bearded Colonel Harland Sanders. It was said to have been written by hand on a piece of paper that today lies hidden away in a 770 pound safe that is monitored 24 x 7 by security personnel.

Image via - Official Website: Maggi.in
The recipe of the magical 'Maggi Masala' may not guarded in a heavy steel vault, but it's a secret all right. It was launched somewhere in the 1980s, packaged brilliantly as '2 minute noodles' and turned out to be one of the biggest marketing success stories of all time and strikes a nerve with every Indian. It's faced many road blocks along the way, competitive brands, both national and international, a failed attempt at an image makeover in the 1990s but has still stood the test of time and consistently proved itself as a market leader in the category of 'instant noodles'.

Image via - Official facebook Page: facebook/DrPepper
Dr. Pepper was first created by a Charles Alderton in Texas using 23 ingredients which remain  a mystery till date. It is said that the recipe is in two parts which are hidden away separately. In 2009, it was rumored that a certain Bill Waters stumbled across an old ledger with formulas in which Dr. Pepper's secret recipe was also listed. The company responded by saying that it wasn't the original formula and so the mystery remains.

Promoted
Listen to the latest songs, only on JioSaavn.com
If there are any other products you feel haven't been listed here and have a rich history, then please share the names with us and the world to know.

Disclaimer
Always do your own research on products and companies before using a product you choose. NDTV, its affiliates and its management does not claim responsibility for any of the products/ or companies discussed on this site.