Video: Gol Gappe, Pani Puri Or Puchka - How To Make This Street Food At Home 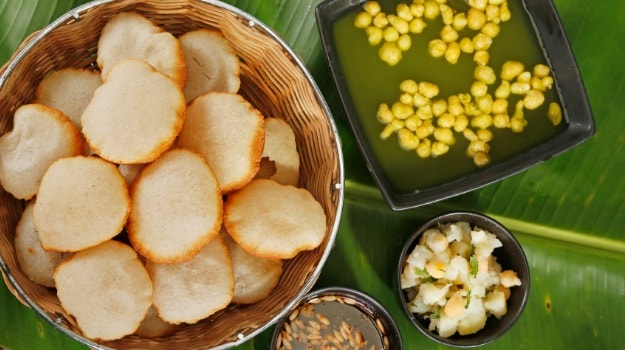 Who doesn't like those crispy and hollow gol gappas stuffed with spicy potato, onion, chickpeas masala and dipped in sour and spicy mint- or tamarind-flavoured or water?! We doubt if there is anyone who can say no to this lovely street food. The cravings for gol gappa are so real and unpredictable - and the best part is that you can have it during any time of the day! Some like it extra "teekha" by adding more spicy stuffing, chaat masala and tamarind water, while some like to enjoy it alone by just adding boiled mashed potato, coriander, lemon drops and mint-infused water. Some people prefer having gol gappas with jaljeera water, which gives that perfect tangy flavour to them.

Many of us are concerned about the hygiene while eating gol gappa or pani puri from street side shops and may avoid eating them at times. But fret not! You can make gol gappa at home without putting much effort. Making gol gappa or pani puri at home is super easy and will not take much of your time. The most important thing about making gol gappa is to get its texture and crunch right. It should not be too crisp or too soft. Therefore, make sure you get the crunch and puff of your gol gappas right. And for the stuffing or masala, you can tweak the spiciness/flavour as per your palate.

To make your work more easy, food YouTuber Apla Modi on her channel "Something's Cooking With Alpa" has shared a recipe of this delicious street food.

How To Make Gol Gappa, Pani Puri or Puchka At Home: