Virat and Anushka are using this time to unwind and how. On Wednesday evening, Virat baked a yummy chocolate eclair for Anushka 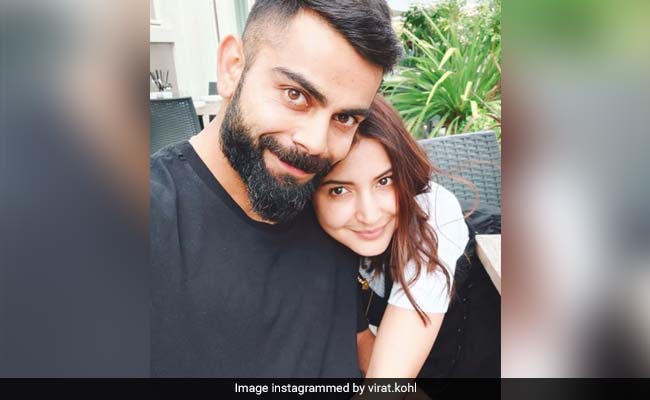 Virat Kohli is perhaps one of the finest cricketers we have ever seen till date, but the Indian skipper also wears many hats. With the current nationwide lockdown, Virat is currently enjoying a little break from his packed cricketing schedule. Both Virat and Anushka, often flood Instagram with their cutesy 'goals-worthy' banter. From giving each other haircuts to playing monopoly and enjoying the rainy season over coffee and fried snacks, Virat and Anushka are using this time to unwind and how. On Wednesday evening, Virat baked a yummy chocolate eclair for Anushka. Fresh out of the oven, the oblong pastry was topped with molten chocolate ganache and looked every bit irresistible. Since the couple turned vegetarian couple of years back, we are assuming the eclair was eggless.

"Getting spoiled with homemade chocolate eclairs by my husband", Anushka wrote in her Instagram story caption. Here's the picture.

Given both of them are two of country's biggest fitness icons, it is indeed quite a surprise to watch them indulge in sweet treats without worrying about the calorie overload.

Anushka has, in fact, admitted in several interviews that she is a foodie, the diva doesn't even shy away from sharing a glimpse of her occasional binges on Instagram. The other day, she shared a picture of her enjoying vada pav on a rainy evening. She has also been cooking a lot lately. Couple of months back she also baked a cake for her father's birthday.