Rice mixed with an array of rustic masalas and vegetables, masala bhaat goes very well with raita or any peppery gravy. 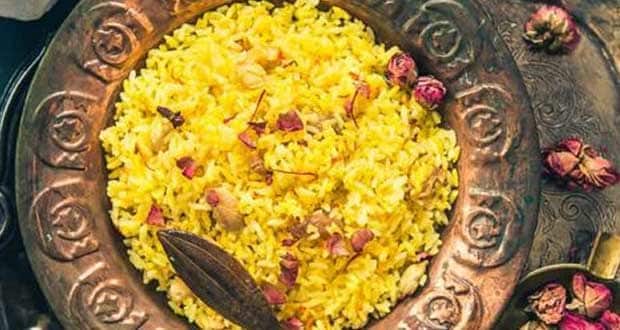 In addition to the conventional rice dishes, we have also used rice in desserts

India's love affair with rice goes back years in time. In addition to the conventional rice dishes, we have also used the grain in desserts (read: kheer and phirni). From biryani, khichdi, pulao to tehri, some of our rice dishes are even more richer and indulgent than some of our curries. Masala bhaat is one such delicious rice dish that you can prepare at home and surprise your family. The iconic Marathi recipe is a one pot meal. Masala bhaat is a staple in all major Maharashtrian gatherings. Rice mixed with an array of rustic masalas and vegetables, masala bhaat goes very well with raita or any peppery gravy.

One of the most characteristic features of masala bhaat is the special spice-mix it is tossed in. The spice-mix is commonly referred to as the 'goda masala', which is a masala that is prepared in advance. Some of the components of the hot masala are cumin seeds, sesame seeds, cardamom, star anise, dry coconut powder and black pepper powder.

This recipe of Masala bhaat recipe shared by Mumbai-based blogger and YouTuber Alpa Modi is sure to tantalise your taste buds. If you cannot fathom so much of heat, you can always tone down the amount of spices that go into your masala bhaat. The recipe posted on YouTube channel 'Something's Cooking With Alpa', also makes use of delicious vegetables like brinjal and ivy gourd, which makes the rice dish not only richer in flavour but also nutrition.

Here's the recipe of Maharashtrian Masala Bhaat let us know how you like it.

(Also Read: 10 Regional Snacks from Maharashtra That Are An Absolute Treat)