Lobsters are loved all around the world because of just how delicious they are. Here are some "shell-shocking" facts for you, if you've ever wondered about the secret life of this tasty little crustacean. 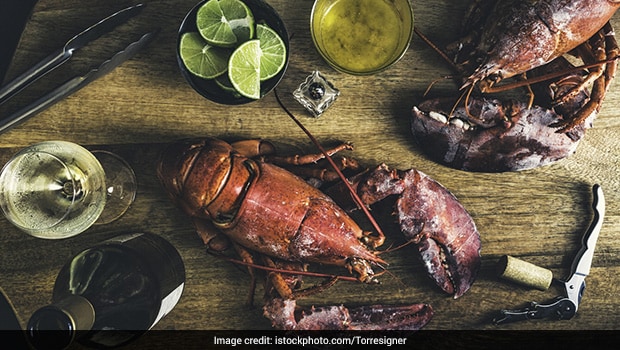 Lobsters are loved all around the world because of just how delicious they are.

This fresh seafood has its own unique flavor with a mild and slightly sweet taste and has an amazing texture. This crowd pleasing crustacean is now considered a fine delicacy throughout the world but we don't know much about this bottom-of-the-sea dweller and the answer lies in the dark days of its past.

Here are some "shell-shocking" facts for you, if you've ever wondered about the secret life of this tasty little crustacean.

1. From rags to riches

In colonial times it was fed to pigs and goats and was popularly referred to as the poor man's chicken.At some places, lobsters were also referred as "the cockroaches of the sea". This was because they were available in plenty and came at a very cheap price so all the prisoners were fed lobsters. They were also considered tasteless at the time. It wasn't until 20th century when it started being served to customers in restaurants that lobsters gained popularity. More and more ways of cooking lobsters were arrived at and soon the dish became a 'delicacy'. It is said former US president George Bush used to enjoy this delicacy very often in Maine with his wife.Some say Maine has the best lobsters in the entire United states of America.

Lobsters contain a lot of important nutrients and sodium for our body. It is one of the richest sources of proteins and has approximately 28 gms of proteins per cup. Lobsters also have omega 3 fatty acids that are considered excellent for the health of your heart. They contain very less fats and fulfil your daily sodium needs. Lobsters do not have any sugars or carbohydrates and provide almost 23% of daily vitamin B-12 needs. Lobsters that are properly cooked and eaten in moderation are excellent for your health.

Lobsters have a really weird anatomy and just a little disclaimer, that what you will read next could gross you out. They taste with their legs. They have legs and feet hair that detect food which is tracked by the antennae in front of their eyes. They chew with their stomach which is located right behind their eyes. They have a grinding structure which is basically a set of teeth called a gastric mill which acts as their stomach. Lobsters can even regenerate their limbs which leads to the popular misconception that lobsters never die. The truth is they keep growing forever right up to the moment they die. Not creeped out yet? Well, another bizarre feature about lobsters is that they pee out of their faces. The eyes have urine releasing nozzles right under them which get functional during communication that is either during fighting or mating.

4. Lobsters scream when you cook them

Promoted
Listen to the latest songs, only on JioSaavn.com
Well, this is a myth! Contrary to popular belief lobsters don't scream when you put them in hot water to cook. This is a misconception. Lobsters don't have vocal chords. They don't even have lungs. The truth of this matter is, when you cook a lobster the noise that you hear is the trapped air releasing from the stomach of a lobster. So technically, lobsters cannot process pain.

5. Soft shelled lobster is the best lobster to eat

CommentsThere are many varieties of lobsters available in the market but soft shelled lobster is considered to be sweeter and has more tender meat than that of hard shelled lobster. Soft shelled lobsters are fresh and still in growing phase which makes them an absolute delight to have. They are generally caught between July and October and are called shedders. So next time you're ordering, specifically ask for a soft shelled one and see the difference for yourself.

We hope you loved these facts just as much you love your favourite crustacean.