Why I'm so bored with superfoods | Jay Rayner 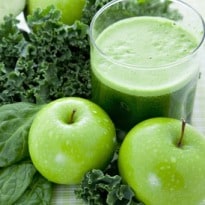 The dreary cult of superfoods makes too many foolish promises. And it ruins a good lunch

I was scrolling through my spam email folder one day dreaming about how life would be if its contents were only true. Oh the Nigerian oil millions I would have; the glorious women who were out there, waiting for me; the private jets I could buy at a knockdown price. Then I flicked back to my normal inbox. Suddenly it struck me: life wouldn't be too shabby if many of these were true as well.

According to these emailed press releases food wasn't just stuff you ate for nutritional purposes. It was the elixir of life, the very wellspring from which immortality might flow, a cure for cancer, acne and heart disease. My email inbox had become superfood central. A new superfood snack had been launched. Someone else was flogging a new range of superfood products. There was news of wonder berries, of offers to feed your immune system, of medicinally potent grains.

To which I can only say: this is more cobblers than you'll find on the back end of a Highland ram. People who believe in the cult of "superfoods", of edible stuff that supposedly behaves like medicine, might as well believe that the Earth is held up by giant turtles. It's an expression of narcissism through food, of picky eating habits poorly disguised by pseudo-science. If you want proof of how vacuous it all is, search the web for recipes for superfood pizza, peanut butter cookies and burgers. They're all out there. When a burger can be denoted a superfood the game is definitely up.

No wonder the European Union has banned the use of the term on packaging unless it can be backed up with scientific chapter and verse. Cancer Research UK calls it "just a marketing tool". Sure, some so-called superfoods contain chemicals that, in the lab, have been shown to affect cancer cells. But that's very different to what happens in the human body. For example to ingest the same volume of the active ingredient in garlic as used in laboratory tests you'd have to eat 28 cloves a day. Weirdly, no one has tried.

What really gets me is the smugness of the people who push this stuff. They claim to have stumbled upon some truth the rest of us have missed. Which is: nuts, berries and greens are good for us. Big bloody news. Put out the bunting.

The ludicrous thing is that the very people who blitz up kale and acai berry smoothies to cure themselves of all known diseases are the ones already eating a healthy diet. It's not like they go from KFC three times a day to diving head first into the seaweed salads.

They're also terribly dreary. By denoting food as medicine they strip it of joy. They murder appetite. Ever met a properly greedy goggle-eyed superfood propagandist? Of course not. Oh sure, they pretend to be greedy but they really aren't. They have turned mealtimes into the focus of every ounce of existential angst and middle-class ennui they can muster. They are searching for the meaning of life in the bottom of a quinoa salad. It isn't there.

I'm not a trained nutritionist but I know trash science when I see it - and the superfood cult is exactly that. Here, then is my advice to anyone wanting to take care of themselves through food: eat a normal balanced diet. It won't stave off cancer. It won't make you immortal. But it will keep you generally healthy. Which is about all you can expect from your lunch.

Photo: 'They are searching for the meaning of life in a salad. It isn't there' Photograph: Jeff Giniewicz/Getty Images