Why No Food, Not Even Kale, is 'Healthy' 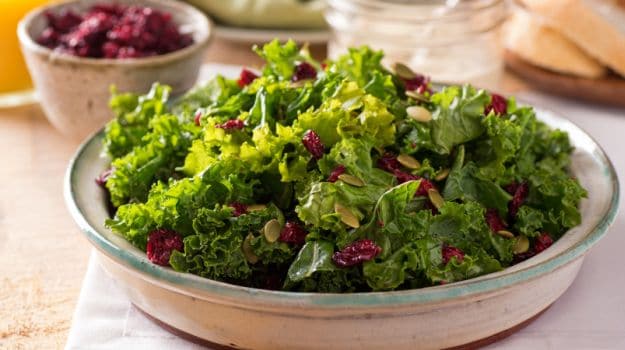 CommentsRecently I watched a woman set a carton of Land O' Lakes Fat-Free Half-and-Half on the conveyor belt at a supermarket.

"Can I ask you why you're buying fat-free half-and-half?" I said. Half-and-half is defined by its fat content: about 10 percent, more than milk, less than cream.

"Because it's fat-free?" she responded.

"Do you know what they replace the fat with?" I asked.

"Hmm," she said, then lifted the carton and read the second ingredient on the label after skim milk: "Corn syrup." She frowned at me. Then she set the carton back on the conveyor belt to be scanned along with the rest of her groceries.

The woman apparently hadn't even thought to ask herself that question but instead accepted the common belief that fat, an essential part of our diet, should be avoided whenever possible.

Then again, why should she question it, given that we allow food companies, advertisers and food researchers to do our thinking for us? In the 1970s, no one questioned whether eggs really were the heart-attack risk nutritionists warned us about. Now, of course, eggs have become such a cherished food that many people raise their own laying hens. Such examples of food confusion and misinformation abound.

"This country will never have a healthy food supply," said Harry Balzer, an NPD Group analyst and a gleeful cynic when it comes to the American food shopper. "Never. Because the moment something becomes popular, someone will find a reason why it's not healthy."

Here, Balzer used the most dangerous term of all: "healthy."

We are told by everyone, from doctors and nutritionists to food magazines and newspapers, to eat healthy food. We take for granted that a kale salad is healthy and that a Big Mac with fries is not.

I submit to you that our beloved kale salads are not "healthy." And we are confusing ourselves by believing that they are. They are not healthy; they are nutritious. They may be delicious when prepared well, and the kale itself, while in the ground, may have been a healthy crop. But the kale on your plate is not healthy, and to describe it as such obscures what is most important about that kale salad: that it's packed with nutrients your body needs. But this is not strictly about nomenclature. If all you ate was kale, you would become sick. Nomenclature rather shows us where to begin.

" 'Healthy' is a bankrupt word," said Roxanne Sukol, preventive medicine specialist at the Cleveland Clinic, medical director of its Wellness Enterprise and a nutrition autodidact ("They didn't teach us anything about nutrition in medical school"). "Our food isn't healthy. We are healthy. Our food is nutritious. I'm all about the words. Words are the key to giving people the tools they need to figure out what to eat. Everyone's so confused."

Last March, the Food and Drug Administration sent a letter to the nut-bar maker Kind saying its use of the word "healthy" on their packaging was a violation (too much fat in the almonds). Kind responded with a citizens' petition asking the FDA to reevaluate its definition of the word.

If I may rephrase the doctor's words: Our food is not healthy; we will be healthy if we eat nutritious food. Words matter. And those that we apply to food matter more than ever.

Here is a word we think we understand: protein. Protein is good, yes? Builds strong muscles, has positive health connotations. That's why "protein shakes" are a multibillion-dollar business. Pork cracklings do not have positive health connotations because we think of them as having a high fat content, but they are little more than strips of fried pig skin. Skin is one of the many forms of connective tissue in all animal bodies and is composed almost entirely of protein, typically undergirded by a layer of fat. When these strips of pig skin are fried, most of the fat is rendered out and the connective tissue puffs, resulting in a delectable, crunchy, salty crackling. I therefore recommend them to you as a "protein snack" during your on-the-go day.

Given the infinitely malleable language of food, it's no wonder American food shoppers are confused.

What is "mechanically separated meat," a standard ingredient in the turkey bacon and chicken sausages popularized because of our low-fat love? "Do you know what that is?" a grocery store owner asked me. "They basically put poultry carcasses in a giant salad spinner." Whatever winds up on the walls of the spinner in addition to meat - bits of cartilage (protein!), nerves (I have enough of my own, thank you), vessels, bone fragments - is scraped off and added to the mixing bowl. "Mechanically separated meat" engages our imagination only when someone attaches new words to it, such as "pink slime."

"Refined" is another critical food word. Generally, refined means elegant and cultured in appearance, manner or taste, or with impurities removed. Yet that is what food companies have been calling wheat from which the endosperm and bran have been removed, leaving what is in effect pure starch, devoid of the fiber, oils, iron and vitamins that make wheat nutritious.

That's not refined, "that's stripped," Sukol said - flour stripped of the nutrition that makes it valuable to our bodies but reduces shelf life.

Because it has been stripped, we must "enrich" it. "Enriched." "Fortified." Good, yes? To make rich, to make strong. Food companies added the iron they took out during the refining process, but not enough of what we need.

"Refined flour - this resulted in B vitamin and iron deficiencies," Sukol said, "so they added vitamins and iron. And what do they call that? Enriched and fortified. But they forgot to add folate, vitamin B9, until the 1990s."

What we don't know, Sukol said, is how those additions, not to mention the diglycerides and sulphates, combined with the lack of fiber, will affect our metabolism in the long run. So far, she said, "it has resulted in diabetes and metabolic syndrome."

This is not a judgment on what you choose to eat. If you hunger for a cheese product grilled between bread that's been stripped of its nutrition, along with a bowl of Campbell's tomato soup (made with tomato paste, corn syrup and potassium chloride), fine. It was one of my favorite childhood meals. Just be aware. Buy fat-free half-and-half if that's what you like; just know what it is you're putting in your body and why.

Because, and this is the judgment call, fat isn't bad; stupid is bad. And until we have better information and clearer shared language defining our food, smart choices will be ever harder to make.

Michael Ruhlman is the author of many books, including "Ruhlman's How to Roast" and the recent collection of novellas "In Short Measure."