A 20-Minute Walk Daily May Save You From Dying Early 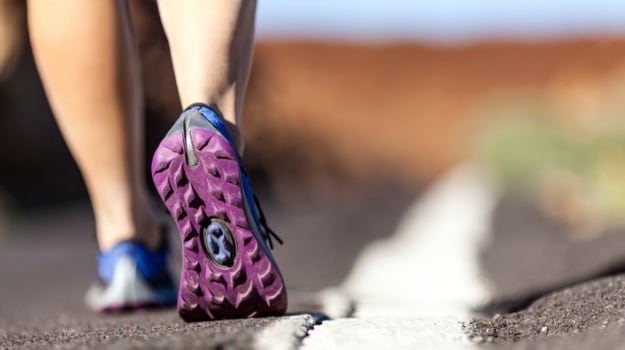 Walking has long been considered as one of the easiest ways of maintaining health and being fit. According to experts, regular walking is good for heart and mental health.

(Why Walking is Good For You)

A new study has more to add to the health benefits of walking. Researchers at the Cambridge University analysed data from 334,161 men and women across Europe who participated in the European Prospective Investigation into Cancer and Nutrition (EPIC) Study. It was found that a 20-minute brisk walk daily could be enough to reduce an individual's risk of early death. Experts found that twice as many deaths in Europe may be attributed to lack of physical activity as compared to obesity.

The team worked towards establishing the link between physical inactivity and premature death, as well as its interaction with obesity. Those who participated in the study were examined over a span of eight years - between 1992 to 2000 - on certain parameters like height, weight, waist circumference and levels of their physical activity. They were further tracked for another 12 years till 2012, during which 21,438 participants died.

At the end of the study, it was concluded that a 20 minute brisk walk daily can burn between 90 and 110 kcal and would shift an individual from the inactive to the moderately inactive group, thereby reducing their risk of premature death by 16 to 30 per cent.

"We found that just 20 minutes would make a difference. Physical activity has many proven health benefits and should be an important part of our daily life," said Professor Ulf Ekelund from the Medical Research Council (MRC) epidemiology unit at University of Cambridge.

The researchers found that the greatest reduction in risk of premature death occurred while comparing the inactive group with the moderately inactive one. The comparison was done on the basis of taking into account the level of activity at work along with recreational activity taken up by both groups. As a result, it was found that just under a quarter (22.7 per cent) of participants were categorised as inactive, reporting no recreational activity in combination with a sedentary occupation.

The impact was greatest amongst normal weight individuals, but even those with higher BMI saw benefits. Using the most recent available data on deaths in Europe, researchers estimated that 337,000 of the 9.2 million deaths amongst European men and women were obesity related, however, a higher number of deaths (676,000) were were attributed to physical inactivity.

"Encouraging people to make small but achievable changes in physical activity can have significant health benefits and may be easier to achieve and maintain," added professor Nick Wareham, director of the MRC Unit.