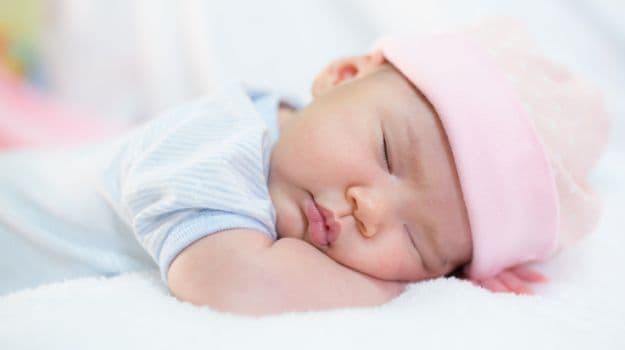 A new study, conducted at Washington University School of Medicine in St. Louis, suggests that premature birth may result in weakened connections in brain networks that are linked to attention, communication and the processing of emotions. This may increase the risk of neurological and psychiatric disorders.

"We found significant differences in the white matter tracts and abnormalities in brain circuits in the infants born early, compared with those of infants born at full term," said principal investigator Cynthia Rogers, assistant professor of child psychiatry.

She explains that in the early stages of life our brain is very responsive to interventions that can
affect its normal functioning. This may lead to a higher risk of mental disorders that are picked up as it onsets.

The researchers used functional magnetic resonance imaging and diffusion tensor brain imaging to compare 58 babies born at full term with 76 infants born at least 10 weeks early. Each full-term baby was scanned on his or her second or third day of life. Each premature baby, meanwhile, received a brain scan within a few days of his or her due date.White matter tracts in the brain are made of axons that connect brain regions to form networks. The researchers found that some key brain networks -- those involved in attention, communication and emotion -- were weaker in premature infants, offering an explanation for why children born prematurely may have an elevated risk of psychiatric disorders.

The researchers also found differences in preemies' resting-state brain networks, particularly in a pair of networks previously implicated in learning and developmental problems. These brain circuit abnormalities likely contribute to problems that materialize as the children get older, Rogers said. "The brain is particularly 'plastic' very early in life and potentially could be modified by early intervention," Rogers pointed out.

Listen to the latest songs, only on JioSaavn.com
The findings are being presented at Neuroscience 2015, the annual scientific meeting of the Society for Neuroscience in Chicago. Further investigation is still warranted to determine how to repair the faulty brain circuits associated with prematurity.

Previous studies have already highlighted that kids born prematurely have a higher risk of autism and other behavioural conditions. Another recent research conducted at King’s College London showed striking differences between the brain scans of both pre-and full term infants. Brains scans of babies born prematurely showed weak connections in key regions of the brain that may play a role in developmental disorders. During the final weeks in the womb, their brains build connections at a faster rate. If the baby is born prematurely, most of the brain growth may happen outside of the neonatal environment. These studies could help doctors identify why premature babies are so affected and find solutions.