Viral Now: A couple from Sydney won a cash prize of AUD 10,080 or 60 years' worth of pizza thanks to an ongoing online contest. 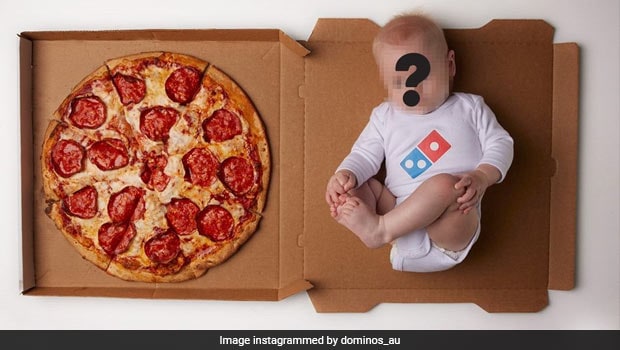 Viral Now: Here's how a couple won free pizza after the birth of their baby.

The birth of a baby is nothing short of a miracle for a family. But what if it accidentally won a $10,000 cash prize too? A couple based in Sydney, Australia, were in for a surprise when the birth of their newborn child made them accidental winners of an online contest. Domino's Australia was running an interesting contest as part of their 60th birthday celebrations on 9th December 2020. According to the terms of the contest, the family of a baby born in Australia on the same day would win 60 years worth of free pizza, but only if the baby was named 'Dominic' or 'Dominique'. Take a look at the post:

"To celebrate Domino's 60th Birthday on 9 December 2020, we're giving away the equivalent of 60 YEARS' WORTH OF FREE PIZZA* to the family of a baby named 'Dominic' or 'Dominique' born in Australia on that day! That's a free hot meal every month until 2080, or approximately 720 nights off cooking," the official Instagram handle wrote in the post declaring the competition. Baby Dominic was born to parents Clementine Oldfield and Anthony Lot at 1:47am on 9th December 2020 at the Royal Prince Alfred Hospital in Sydney. This made the couple the winner of the contest within 2 hours of it starting.

Dominic is the Sydney-based couple's first child. Weighing 3.9 kilograms at the time of birth, he was delivered after a tough 72-hour labour as reported by The Daily Mail. Interestingly, the name Dominic was the couple's first choice. Oldfield and Lot did not know of the contest until a cousin forwarded it to them. "My cousin, Dominique - believe it or not! - forwarded it to my mum for a laugh," said Anthony Lot to Daily Mail.

The couple has won a cash prize of AUD 10,080, which is approximately worth Rs. 5.6 lakhs, which is the equivalent of a AUD 14 pizza every month for 60 years.

What would you do if you won this prize? Tell us in the comments below!