Can Season and Place of Birth Influence Celiac Disease Risk? 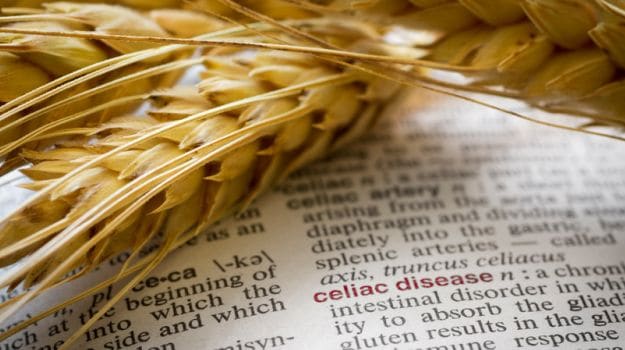 Winter babies and people born in places with shorter days and less sunlight might have a lower risk of developing celiac disease than peers born in warmer regions or seasons, a Swedish study suggests.

About one in 100 people have celiac disease, an autoimmune disorder that damages the small intestine and interferes with the absorption of nutrients from food. People with celiac disease can't tolerate gluten, a protein in wheat, rye and barley. Left untreated, the condition can lead to complications such as malnutrition, low bone density, lactose intolerance and infertility.

While the exact causes of celiac disease are unknown, some previous research has pointed to the potential for the season of one's birth to be among many environmental factors that might influence the risk, said lead study author Fredinah Namatovu, a public health researcher at the Umea University in Sweden. "Season of birth and area of birth appears to play a role," Namatovu said by email. "Season and region of birth could be a proxy for other factors such as vitamin D and viral infections."

To test out this idea, researchers examined data on almost 2 million children up to age 15 born in Sweden from 1991 to 2009, including about 6,600 diagnosed with celiac disease.

Overall, the risk of diagnosis was around 10 percent greater among children born in spring (March-May), summer (June-August) and autumn (September-November) than it was among those born in winter (December-February). But seasonal patterns differed by region, the researchers report in Archives of Disease in Childhood. The risk of celiac disease was higher among those born in the south of the country, where sunlight in spring and summer is intense, than among children born in the north of the country, where springs are colder and summers shorter.

In another twist, kids diagnosed before age of 2 years appeared to have a greater risk if they were born in the spring, while older children seemed to have an increased risk if they were born in summer or fall. Because the study is observational, it can't prove that certain birth seasons or regions directly cause celiac disease, the authors note. Potential explanations for the variations in risk might be seasonal differences in exposure to viral infections, or to vitamin D, which the body makes in response to sunlight, both of which could affect the immune system at a vulnerable time in its development. But that wouldn't explain the regional variations and these ideas would need to be explored with more research, the authors conclude.

Among other things, global warming, variation in the type of spring weather and the timing of changing seasons could potentially explain some of the differences in risk found in the study, said Dr. Joseph Murray, director of the celiac disease program at the Mayo Clinic in Rochester, Minnesota.

Listen to the latest songs, only on JioSaavn.com
Trends in how much and what type of gluten infants eat over time might also have contributed to the study results, as could an influx of migrants in the southern part of the country who might have different eating habits, Murray, who wasn't involved in the study, added by email. "Many factors are associated with the risk of contracting celiac disease and thus far, research has not led to an understanding of the potential cause or origin of the disease," said Dr. Alex Krist, a researcher at Virginia Commonwealth University in Richmond who wasn't involved in the study.

"Our current understanding of who is at risk is limited to people who have a family history or other autoimmune conditions, as well as those belonging to certain racial and ethnic groups," Krist added by email. "Learning more about other potential associations, like birth season, may prove useful in better understanding both the cause of and who is at risk for celiac disease."