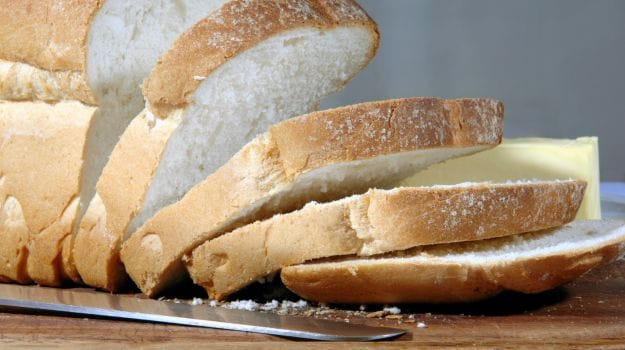 "The world doesn't want to know the truth about gluten," graduate student Lisa Kissing Kucek joked at Cornell University's research farm in Freeville, N.Y. Lightning cut the sky, and we, a group of farmers and bakers, dashed for our cars before she could tell us what she'd discovered.

Now we know. Her research, "A Grounded Guide to Gluten" was published in the journal Comprehensive Reviews in Food Science and Food Safety. Kissing Kucek and her colleagues reviewed more than 200 scientific research papers to see what is known about how different wheat varieties and our processing methods affect people's sensitivity to wheat.

The conclusions of her literature review are cautious, far more so than the declarations made in such books as "Wheat Belly," which considers modern wheat a chronic poison. Kissing Kucek was curious what wheat actually does in the human body and began by looking at gluten and the pathologies associated with it.

"We are missing a lot just by focusing on gluten," she said. "So to see what actually is going on, I extended that to wheat."

Her inquiry grew to cover a broad territory, including the problems caused by wheat, how those problems vary by wheat species and variety, and the role of processing methods. It considered everything from celiac disease, wheat allergy and nonceliac wheat sensitivity (NCWS), to fructose malabsorption and irritable bowel syndrome (IBS).

The review pairs well with other Cornell research. The university and its research partners received a U.S. Department of Agriculture grant in 2011 to look at heritage wheat varieties. Field trials, lab analysis and baking trials are all part of this grant project, which ends in 2016.

Vintage wheat varieties have captured the imagination of a gluten-shy public, and the paper includes thorough descriptions of wheat kernels and wheat genetics. The material is dense, but Kissing Kucek explains it in an easy to follow video presentation.

Many people have trouble digesting fructose and certain carbohydrates, collectively known as FODMAPS. "These individuals experience bloating and gas when consuming large amounts dairy, high fructose corn syrup, stone fruits and wheat," she said. "As many foods contain FODMAPS, if these individuals only remove wheat gluten from their diet, their symptoms will likely persist."

Lynn Veenstra, also of Cornell, surveyed fructan research for the paper. Some of the findings she reviewed were featured in a recent Washington Post article about FODMAPS.

Illnesses like nonceliac wheat sensitivity, IBS and fructose malabsorption can be hard to diagnose. But most of the research points to multiple triggers beyond gluten proteins or other parts of wheat.

Little about gluten is straightforward

"There is no perfect wheat species that reduces all types of wheat sensitivity," said Kissing Kucek. However, einkorn is promising because it contains fewer celiac reactive compounds than heritage and modern wheat varieties. Einkorn dates from the very early domestication of staple crops; emmer and spelt are also classified as ancient. Heritage or heirloom grains refer to older seed varieties developed before 1950. Modern grain varieties generally have shorter stalks, which allow the plants to receive heavy doses of fertilizer without falling down in the field.

Different wheat varieties vary widely in their reactivity for celiac and wheat allergy. But we don't know the effect on wheat sensitivity for many of the old or new wheat varieties used in the United States. Europe is screening more varieties. Yet nothing is straightforward when interpreting natural systems.

Figuring out how gluten works in our bodies is tough. Figuring out how growing conditions or plant variety might affect a crop's potential to harm us is also tough. Understanding the role processing methods play also needs more research, but there's enough information to cause concern over a few things.

One item —vital wheat gluten — is common in the food supply, and has the potential to cause reactions. It's used to bind multigrain breads. A cheap protein and a great emulsifier and binder, it's also widely used in industrial food processing. Irradiated flour and other baking additives also are cited as worrisome.

However, the paper's section on processing offers some hope, too. Grain sprouting for instance, could help some people digest the complex proteins that give some eaters grief. Longer fermentation also breaks down proteins that can cause some forms of wheat sensitivity.

Other research questions about wheat and gluten are still being charted. A Mother Jones story about research at The Bread Lab of Washington State University suggests that modern baking is a bigger culprit than modern wheat. The publication Eating Well also has a story on gluten by Sam Fromartz called "Unraveling the Gluten-Free Trend." Like his book, "In Search of the Perfect Loaf," the article nicely navigates the maze of fears about eating wheat and gluten.

Kissing Kucek's "A Grounded Guide to Gluten" maps the research already done. Like any realistic map, the guide offers facts, not commandments of the "Here Be Dragons" sort. Answers might be found, the paper suggests, in turning to traditions.

This confirms what I've long suspected: That we need to unravel some of the processing developed over the last 150 years. In that time, we've adopted roller milling, which leaves behind most of the bran and germ. While I never fell out of love with wheat or gluten, I've grown enamored of the taste of fresh stone ground flour, and the concept of using all parts of the grain. Perhaps there is something that each lends the other, and to us, as we turn this plant into food. I think that the unity of stone milling is essential to healthy utilization of grains. Some professional bakers believe this too, and are working exclusively with fresh milled whole grain flours.

Promoted
Listen to the latest songs, only on JioSaavn.com
As people negotiate a friendly relationship with bread, I am hoping that my personal truth about gluten might gain scientific ground.