Eat this to Boost Your Immune System 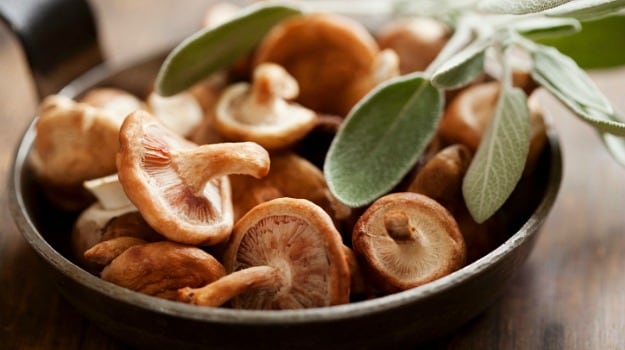 If you're suffering from low immunity and are more prone to cough, cold and the likes, then maybe it's time to address it. A new study has come up with a delicious solution to your problem. Shiitake mushroom, a species of mushroom native to Asia, when eaten daily, across a period of four weeks can do wonders to your health.

(Now, Bask in Mushrooms to Get Vitamin D)

If you aren't aware of this variety of mushrooms, then here's a quick recap. There are mainly three varieties of wild mushrooms: Reishi, Maitake and Shiitake. The Reishi mushroom is a red, slightly orange-coloured mushroom which doesn't look like a mushroom. It's got a flap on top and a thick stem at the bottom. This mushroom, known as 'Ling Zhi' in Chinese is a herbal mushroom that's been part of Chinese medicine for over two centuries.

The second variety, Maitake, looks like a small oak tree with deep brown-coloured flaps, one over another. According to WebMD, Maitake is known to treat cancer and relieve the side effects of chemical treatment for cancer. It's also used for HIV/AIDS, chronic fatigue syndrome, hay fever, diabetes and hypertension.

The third variety, Shiitake, is the most delicious of them all and is popular across the globe. Researchers from the University of Florida tested their theory and found that those who ate this variety of mushroom every day, for four weeks, had much better immunity than those didn't.

The study was published in the Journal of the American College of Nutrition and was conducted on 52 healthy adults aged 21 to 41. They were given a four-week supply of dry shiitake mushrooms, popular in countries like Japan and China. Participants took the mushrooms home, cleaned and cooked them.

Then they ate one, 4-ounce serving of mushrooms each day during the experiment. Through blood tests before and after the experiment, researchers saw better-functioning gamma delta T-cells and reductions in inflammatory proteins.

Percival said the dietary restrictions were imposed because fibre, tea and probiotics help the body's immune system, so researchers didn't want to start with people who already had a strong immune system. After four weeks, researchers found that a majority of the 52 adults had much better immunity.