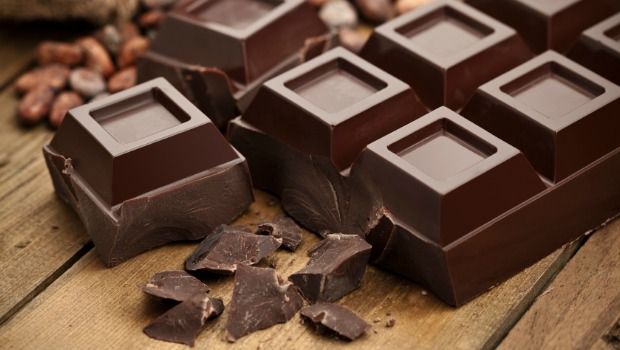 The meta-analysis focused on whether consumption of flavanol-rich cocoa products was associated with improvements in specific circulating biomarkers of cardiometabolic health as compared to consuming placebos with negligible cocoa flavanol content. In all, 1,139 volunteers were involved in these trials.

There were small-to-modest but statistically significant improvements among those who ate flavanol-rich cocoa product verses those who did not.

The greatest effects were seen among trial volunteers who ate between 200 and 600 milligrammes of flavanols a day (based on their cocoa consumption).

They saw significant declines in blood glucose and insulin, as well as another indicator of insulin resistance called HOMA-IR. They also saw an increase in HDL, or "good," cholesterol.

Those consuming higher doses saw some of the insulin resistance benefits and a drop in triglycerides, but not a significant increase in HDL. Those with lower doses of flavanols only saw a significant HDL benefit.

In general, where there were benefits they were evident for both women and men and did not depend on what physical form the flavanol-rich cocoa product was consumed in - dark chocolate vs a beverage, for example.

"The treatment groups of the trials included in our meta-analysis are primarily dark chocolate - a few were using cocoa powder-based beverages," said graduate student Xiaochen Lin.

Promoted
Listen to the latest songs, only on JioSaavn.com
"Therefore, the findings from the current study apparently shouldn't be generalised to different sorts of chocolate candies or white chocolates, of which the content of sugar/food additives could be substantially higher than that of the dark chocolate," Lin said.

The study was published in the Journal of Nutrition.