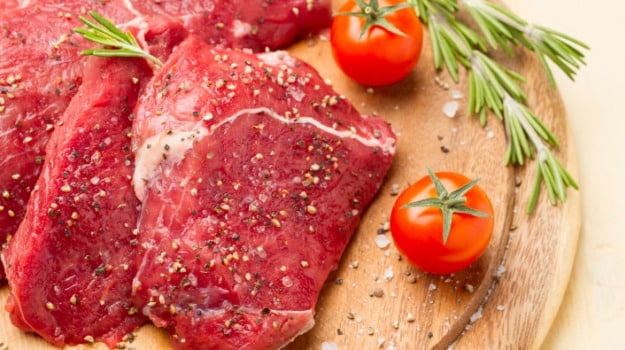 If health experts and nutritionists are to be believed red meat is not a hot option for the health conscious. The big fat health debate about red meat consumption is unknown to none. Some previous studies indicate that red meat may increase cardiovascular as well as cancer risks. Scientists point towards the disadvantages of too much consumption of meat.

Another study published forthcoming in the Journal of the American Society of Nephrology (JASN) explains that adding meat to the daily diet can be harmful for kidney patients. Researchers concluded their study by saying that those who already suffer from chronic kidney disease should avoid over indulgence in meats, and instead, should increase their consumption of fruits and vegetables to help protect their kidneys.

A healthy diet is very important for the proper functioning of the kidneys. For patients with chronic kidney disease (CKD), studies have shown that the diet can significantly influence the risk of progression to kidney failure. Tanushree Banerjee, from the University of California, San Francisco (UCSF)) and her colleagues examined whether acid-inducing diets might play a role.

"The high costs and suboptimal quality of life that dialysis treatments bring may be avoided by adopting a more healthy diet that is rich in fruits and vegetables," said Tanushree Banerjee from University of California, San Francisco.

Researchers analysed information on 1,486 adults who suffered from chronic kidney disorder. The patients were participating in the National Health and Nutrition Examination Survey III (NHANES III) - a large national sample of community dwelling adults. Patients were followed for a span of 14.2 years.

As a result of the research, it was found that higher levels of dietary acid load were strongly linked with progression to kidney failure among patients.

Inputs from IANS AND PTI