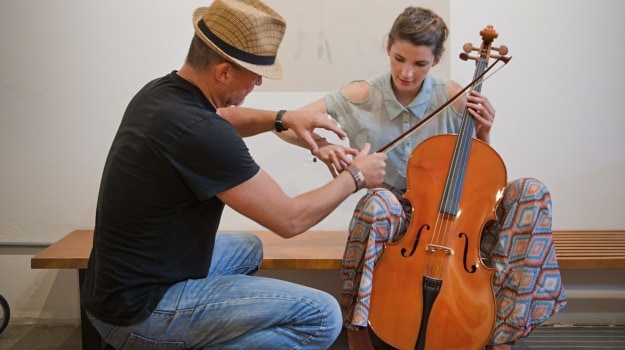 It's possible to radically improve mental agility. Norman Doige, psychiatrist and author of The Brain's Way of Healing, suggests strategies to sharpen your mind

It used to be thought that the brain was hardwired and that, unlike other organs, it could not repair itself or restore lost functions once damaged or diseased. Now we know that, in fact, the brain is neuroplastic - that activity and mental experience can be used to change the structure of the connections within it. These new principles are being used to radically improve, and even sometimes cure, some brain problems that were previously seen as irreversible - and some of them can also be used in everyday life to improve our brain's health and performance. Here are five things to try.

Related: The Brain's Way of Healing: Stories of Remarkable Recoveries and Discoveries by Norman Doidge - review

Regular exercise, such as walking, has been shown to be a key factor in reducing the risk of dementia by 60%. One reason may be that when animals go on very long walks it is usually to seek out a new, unexplored territory in which to live - because they are fleeing a predator, or because food has run out where they live. The brain, in anticipation of the fact that the animal is going to have to learn a lot about this new territory, releases growth factors, which act like growth-promoting fertiliser in the brain, allowing it to build connections between cells more easily as it learns.

Steady walking has the same effect on us, putting our brains in a more neuroplastic state. Brutal exercise is not needed: the amount required to contribute to a lower risk of dementia is walking two miles, or cycling 10 miles, five days a week.

Learn a new dance (or language or musical instrument)

As we get older, and particularly as we enter middle age, we are no longer taxing our brains as much as we did when we were at school. Most of middle age is the replaying of already-mastered skills, such as reading the paper and repeating familiar tasks at work.

To maintain an ageing brain requires novelty and taxing exercise: doing something as difficult as learning a new language or a new dance, or how to play a new musical instrument. These activities engage a part of the brain called the nucleus basalis, which is responsible for helping us to pay attention and to consolidate new connections in the brain when we learn. Ideally, practise daily for an hour or so, with high-quality, focused concentration throughout.

As we get older, our brains become more "noisy". They are not as good at registering new information with clear, strong signals, and it becomes harder to retain information that was registered in a "muddy" way.

Serious brain exercises, such as those that grew out of the work of neuroplasticity pioneer Michael Merzenich, are designed to train specific brain areas for processing sounds and images. A National Institutes of Health study showed that their effects lasted 10 years, and that participants got better not just at the exercises, but at using their brains in life, too.

These exercises are very different from most computer brain games or those in newspapers; they are very challenging and require intense concentration. One example involves listening to consonant-vowel combinations that are easily confused, played at an increasingly rapid speed. It helps to sharpen the brain's auditory processors, to record sharper, clearer signals of those sounds - so when you hear a name at a party it is recorded crisply, and is easy to retrieve from memory. The brain exercises used in the NIH study are now called "Brain HQ".

Pay close to attention to your voice

You may have noticed that sometimes you can get charged up just listening to the sound of someone delivering a lecture, whereas someone else might be a very thoughtful teacher but have a voice that drones on and drains your energy and puts you to sleep.

What differentiates voices that charge us up from those that "discharge" us is the vocal frequencies, and the ability of the person speaking to hear the subtle differences in their own voice. The person who has the rich voice has it because their ability to listen is superior, not because of their vocal chords.

If you listen very carefully to what you are saying as you speak - to the sound of it, not just the content - you will refine it, and energise it, into a voice that charges, as opposed to one that drains yourself and others.

Get the rest your body requests

A recent study at the US University of Rochester showed that, during sleep, brain cells called glia open up special channels that allow waste products and toxic buildup in the brain - including the same proteins that build up in dementia - to be eliminated. On top of this, while we sleep, newly formed connections - between neurons that are created by the learning that we did the day before - become consolidated and made more durable.

Modern westerners have been progressively losing sleep because of inventions that estrange us from our true natures. The electric lightbulb and, of course, 24/7 internet, mean we are often so alert that we are not listening to our body's signals when it is time for sleep. In the 19th century, the average western adult thought it was normal to get about nine hours of sleep. In North America, it is now closer to seven hours - and dropping.Recommendations vary, but some researchers say 8.5 hours is a better average to aim for.

The Brain's Way of Healing: Stories of Remarkable Recoveries and Discoveries by Norman Doidge is published by Allen Lane, price £20. To order a copy for £16 with free UK p&p, call 0330 333 6846, or visit theguardian.com/bookshop