How to Quit Smoking? Start Meditating 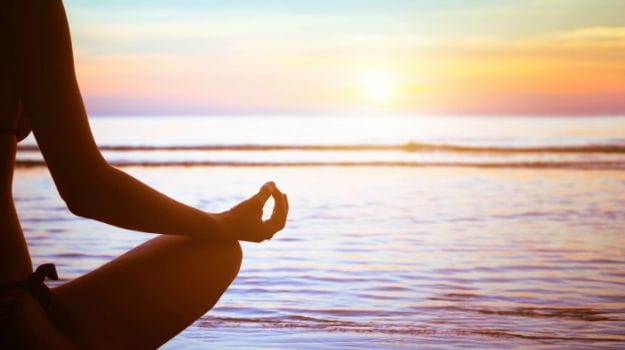 Whether you decide to phase it out or decide to stop all at once, you'll find it hard to let it go. We're talking about the infamous and unhealthy habit of smoking. You know it adds tar deposits in your lungs and could lead to cancer. Yet you still refuse to let it go. Well, if you're planning to do it anytime soon or somewhere in the near future, we've got some great advice.

(It's Never Too Late: Quitting Smoking Even at Age 60 Can Lower Heart Attack Risk)

According to a study published in Trends in Cognitive Sciences, 'self-control' is the solution to your problem. If you really want to quit smoking, then you should strengthen your self-control with exercises like mindful meditation which can decrease the influences that motivate a person to smoke.

(Drink Green Tea to Get Rid of Smoking Addiction)

The students were split into two groups so that half received mindfulness meditation training and half experienced the relaxation technique. Before and at the end of two weeks, after five hours of 30-minute sessions, the students received brain scans, filled out self-report questionnaires, and received objective measure of carbon monoxide on their smoking amounts and habits.

Even though many of the students said they smoked the same number of cigarettes before and after the training, for those who received mindfulness meditation, an objective measure of carbon dioxide percentage in their lungs showed a 60 percent reduction in smoking over two weeks after the study.

(Quit Smoking: India is the Second Largest Consumer of Tobacco)

"The students changed their smoking behaviour but were not aware of it," said lead study author Yi-Yuan Tang, a professor of Psychological Sciences at Texas Tech. "When we showed the data to a participant who said they had smoked 20 cigarettes, this person checked their pocket immediately and was shocked to find 10 left," Tang added.

"If you improve the self-control network in the brain and moderate stress-reactivity, then it's possible to reduce smoking," the researcher explained. Mindfulness meditation is a key strategy to strengthen self-control.