Improving Feelings of Control May Curb Desire to Drink 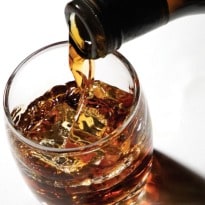 The authors of a new study say that manipulating alcohol drinkers' sense of control can counteract the negative feelings that motivate them to drink. People who have a strong sense of control believe their lives are controlled by their own choices rather than the actions of others, luck or other external factors.

Feeling a lack of control often impairs people's ability to achieve their goals and can reduce their quality of life and damage their health, the authors say. "The most important finding from the study is that simple techniques can be used to change drinkers' feelings of control - this includes increasing their feeling that they can control their drinking," Miles Cox told Reuters Health in an email.

Cox, from Bangor University in the UK, co-authored the study along with Zohreh Shamloo of Ferdowsi University of Mashhad in Iran. They published their findings in the journal Addictive Behaviors.

"The techniques that we used both improved drinkers' motivation and decreased their urges to drink alcohol," Cox said. Those techniques included giving positive feedback along with reminders to relax and hints on how to complete specific tasks.

For their study, Shamloo and Cox enrolled 106 students from Bangor University who were light to moderate drinkers. The participants filled out questionnaires designed to measure their sense of control over completing upcoming tasks, as well as their urge to drink alcohol.

The tasks included viewing a series of cards on a computer screen to determine what the images on the cards had in common and solving five sets of anagrams. The researchers randomly assigned participants to a "high sense of control" group, a "low sense of control" group or a group that received no intervention while completing the tasks.

Participants in the high sense of control group were allowed to choose their tasks and were given hints on how to complete them. In addition, they were instructed on how to control their emotions - such as, "Don't worry if you can't find the right answer; staying calm and relaxed will help you do better." They were also given positive feedback about their performance.

Participants in the low sense of control group didn't get any clues on how to solve the tasks and received feedback based on their performance with no encouragement or discouragement. After completing the tasks, participants answered the questionnaires again and their urge to drink alcohol was reassessed.

The researchers only measured the urge to drink during the study - they didn't follow up with participants to see if there was any change in their consumption of alcohol.

"The results have indicated that changes in people's lifestyle and helping them to revise their goals . . . have led our participants to feel more contentment in their lives," Shamloo told Reuters Health in an email.

Shamloo believes the benefit isn't specific to the urge to drink. She said positive feelings, along with increases in sense of control and self-confidence, could help people improve their marital life, mood, drug cravings and fitness.