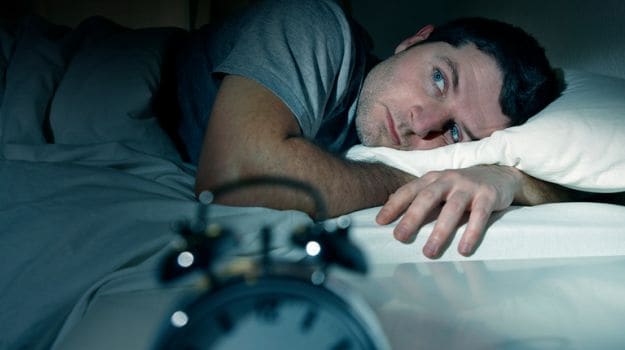 People with sleep disorders like sleep apnea, insomnia or restless leg syndrome may have a poorer recovery after a stroke and higher risk of a second stroke, according to a review of existing research.

The authors recommend screening for these sleep disorders among people who have had a stroke or mini-stroke.

"We have been aware in neurology for a couple of years already that breathing disturbances are a risk factor for stroke," said coauthor Dr. Dirk M. Hermann of University Hospital Essen in Essen, Germany. "Sleep has restorative functions for the brain and is important for storing information we collect during the night, which explains why stroke recovery is so much affected by sleep disturbances," he said. But in stroke treatment and recovery, treating acute issues tends to take precedent over sleep studies, Hermann told Reuters Health.

In 29 studies of what's known as sleep disordered breathing, such as sleep apnea, the researchers found that breathing issues tend to precede a stroke and are often tied to strokes that happen during sleep.

Hypersomnia, or sleeping too much, mostly emerges after a stroke, and may resolve in a few months but overall fatigue can last for years, the researchers report in Neurology. Insomnia is also common for stroke survivors, and in most cases it was an issue for patients before the stroke occurred.

In two studies, more than 10 percent of stroke survivors experienced restless leg syndrome within one month of their stroke. Stroke survivors with restless leg syndrome were also more likely than others to have diabetes. More than half of stroke patients have some sleep disordered breathing issue, like sleep apnea, before their stroke, and treating the issue with a continuous positive airway pressure (CPAP) machine reduces stroke risk and improves outcomes after a stroke, the researchers write.

People who suffer a stroke should be screened for any sleep problems, and sleep apnea should be treated. There is less evidence that treating sleep-wake disorders like insomnia or sleeping too much with medications improves stroke recovery, they conclude. People, especially doctors, should be aware of the link between sleep issues and stroke, Hermann said. "We have to consider that we have quite good ways of diagnosing sleep disturbances and effective means of treating them," he said. It's up to national associations to define which way it is most appropriate to integrate sleep screening and treatment into stroke care, he said. "Typical post-stroke workup involves testing for many risk factors including carotid atherosclerosis, atrial fibrillation, hypercoagulable states, hypertension, high cholesterol, and diabetes among others," said Karin Johnson, medical director of Baystate Health Regional Sleep Program in Greenfield, Massachusetts, who was not part of the new study. "Obstructive sleep apnea not only worsens all of these conditions but even with adjusting for other causes doubles the risk of stroke," but many people are not currently tested for obstructive sleep apnea after having a stroke, Johnson told Reuters Health by email. "Even if someone has normal good quality sleep, just being sleep deprived can also increase the risk of stroke and other cardiovascular conditions like heart attacks so for most people trying to get at least 7 hours of sleep a night is the best to give enough sleep to protect and strengthen our body," said Johnson, who is also an assistant professor of neurology at University of Massachusetts Medical School in Worcester.

If you have loud snoring, frequent urination at night, gasping arousals, disrupted sleep, unrefreshing sleep, daytime sleepiness or fatigue, or no symptoms but signs like difficult to control high blood pressure, a large neck, and obesity, ask you doctors to test you for sleep apnea so you can get treated early before other complications arise, she said.

How Water Can Help Boost Immunity? Expert Reveals
How To Roast Garlic - Health Benefits And Uses