Iodine Supplementation During Pregnancy Could Boost the Child's IQ 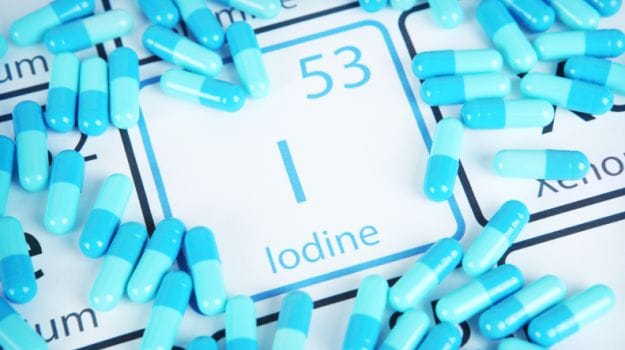 Women who take iodine supplements before and during pregnancy are likely to have kids with higher IQ and better health which could ultimately lead to huge cost savings for health care systems and society, says a new study.

"Iodine deficiency in pregnancy remains the leading cause of preventable retardation worldwide. Even mild iodine deficiency during pregnancy is associated with children with lower IQs," said study co-author Kate Jolly, professor at University of Birmingham in Britain.

(Drinking Alcohol During Conception May Put the Child at Diabetes Risk)

The study published in the journal The Lancet Diabetes and Endocrinology suggests that iodine supplementation before and during pregnancy should be made universal. The researchers studied the effects of introducing iodine supplementation in Britain, a mildly iodine deficient country. Using data from a systematic review of published studies and expert opinion, the researcher modelled both the direct health service savings and monetary benefits to society (lifetime earnings) in terms of gains from an additional IQ point in the children.

(Pregnancy Food: What You Eat Can Affect Your Child For Life)

By converting the effects of iodine supplementation in pregnancy on developing brains into IQ points, the authors estimate that the benefits equate to 1.22 IQ points per child, with monetary benefits of around 44,476 pounds per pregnancy for society. With around 1.9 billion people and 241 million school-age children (aged six-12 years) living in the 32 countries that have iodine deficiency, the study found that the benefits of universal iodine supplementation during pregnancy could be substantial.

Promoted
Listen to the latest songs, only on JioSaavn.com
(Pregnant Women Who Exercise Cut Risk of Diabetes, Says Study)

"It is time for all women living in iodine deficient countries without universal supplementation of iodine, who are pregnant, breastfeeding, or planning a pregnancy to be advised to take a daily supplement containing iodine," Jolly noted. Iodine is not made naturally in the body and must be consumed by eating foods like dairy and seafood or supplements. Severe iodine deficiency during pregnancy can cause substantial mental impairment and delayed development in children, resulting in a lower IQ and consequently lower educational attainment and earning potential.

CommentsInternational health organisations like WHO and the European Food Safety Authority recommend that pregnant and breastfeeding women take daily iodine supplements. "As food fortification alone may not be enough to achieve iodine sufficiency for pregnant women, our results strengthen the case for universal iodine supplementation of all women before and during pregnancy and whilst breastfeeding in mild-to-moderate iodine deficient countries," the study said.