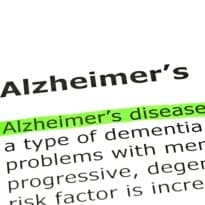 "Unhealthy patterns of cholesterol could be directly causing the higher levels of amyloid known to contribute to Alzheimer's, in the same way that such patterns promote heart disease," said Bruce Reed, lead study author and associate director of the UC Davis Alzheimer's Disease Centre.

The study, appeared in the journal JAMA Neurology, conducted on 74 diverse male and female individuals who are 70 years of age or above has for the first time established the links between cholesterol levels in the blood and amyloid deposition in the brain.

"If you have an LDL above 100 or an HDL that is less than 40, even if you're taking a statin drug, you want to make sure that you are getting those numbers into alignment," said Charles DeCarli, director of the Alzheimer's Disease Centre.

"You have to get the HDL up and the LDL down," he added.

These findings are expected to have major impact on future prevention and treatment of Alzheimer's disease.

Promoted
Listen to the latest songs, only on JioSaavn.com
"This study provides a reason to certainly continue cholesterol treatment in people who are developing memory loss regardless of concerns regarding their cardiovascular health," Reed, a professor in the UC Davis Department of Neurology said.

The findings also suggested a method of lowering amyloid levels in middle-aged people and prevent Alzheimer's from becoming severe.