Low Levels of This Vitamin Linked to Early Death 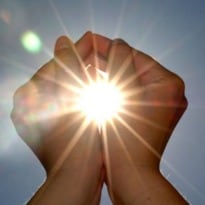 Popularly known as the sunshine vitamin, Vitamin D is an essential nutrient that keeps our bones and teeth healthy. It also plays a major role in regulation and absorption of calcium in the body.

The primary source of Vitamin D is exposure to the sun. When the sun shines on our skin, it produces Vitamin D. Evidence suggests that sunshine has a positive effect on our health. Nutritionists also recommend consumption of other natural sources of Vitamin D like fish, eggs, cod liver oil, soy milk and more.

Due to our changing lifestyles, Vitamin-D deficiency has become quite common. A deficiency of this vitamin puts you at risk of developing bone-related ailments like rickets. It has also been linked to increased risk of heart disease and asthma.

A latest study conducted by Borge Nordestgaard of Herlev Hospital and his colleagues at Copenhagen University Hospital in Denmark, suggests that having low levels may raise the risk of early death. This is the first time that researchers have established a link between low Vitamin D levels and increased mortality. The study was based on the examination of genes.

"We can see that genes associated with low Vitamin D levels involve an increased mortality rate of 30 percent and 40 percent higher risk of cancer-related deaths. An important factor in our study is that we have established a causal relationship," said Shoaib Afzal, medical doctor at Herlev Hospital, Copenhagen University Hospital in Denmark.

The study involved 95,000 people of Danish descent in Copenhagen. Their Vitamin D levels were measured using blood samples and specific genetic defects were examined. Researchers also took into consideration other factors like smoking, drinking alcohol, physical activity levels, blood pressure, cholesterol levels and body mass index. All participants were followed for mortality from 1976 until 2014.By the end of 2013, about 10,000 participants had died. On evaluating, researchers could conclude that genetically low Vitamin D levels were linked to an increased mortality rate.