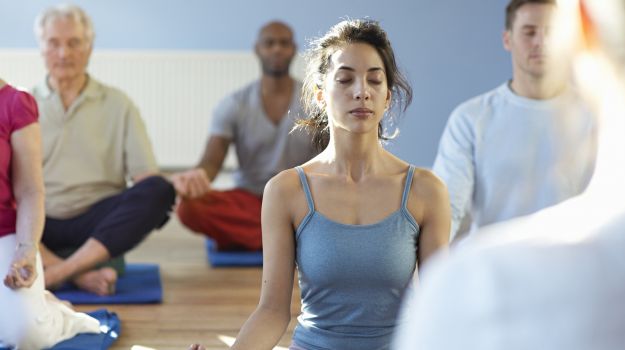 It’s a useful tool, but an army of therapists and counsellors would be needed for mindfulness to have the reach and effectiveness of drug-based interventions. Don’t throw away the antidepressants just yet.

A new study reports that mindfulness can be as effective as pills for treating recurrent depression. This is nice to hear. But is it believable? Is mindfulness really as potent as strong pharmaceuticals?

You hear a lot about mindfulness these days. It seems to have spawned an industry based around people trumpeting its benefits in various unlikely areas of modern life, such as weight loss, parenting, business leadership, horticulture (probably) and so on. This has also prompted a backlash, with many describing the popularity of mindfulness as a “fad”.

It’s hard to blame people for this conclusion; when something has more dedicated apps than conclusive clinical studies, it does seem that it may have gone overboard. It’s almost got to the point where “mindfulness” is the psychological version of “quantum”; a term used by those who want to sound knowledgeable and convincing, without necessitating any awareness of what the word actually means.

This isn’t to say that there’s nothing to mindfulness at all; it’s got enough evidence for its effectiveness to have been endorsed by the NHS (then again, you could say the same about homeopathy until recently). One potential problem that undoubtedly leads to confusion is that there is no specific definition of mindfulness that is agreed on 100% by scientists and practitioners. This may be to do with its more spiritual/religious origins coupled with the fact that anything that applies to how the inner mind works is inevitably going to be quite fuzzy and diffuse, given the intangible nature of the subject matter.

Overall though, the general gist of mindfulness is that, via a variety of techniques, it enables you to be more aware of your cognitive processes, and allows you to pay attention to what you’re thinking and feeling, and therefore maintain a calmer, more objective perspective. Such introspective methods of self-analysis are what the very first psychologists used to study the mind, so it would be churlish to dismiss them outright.

You can sort of see how it would be useful for things like depression, though. Depression is a mood disorder, where people suffer debilitating bouts of self-loathing, and dwell on unpleasant emotions which exacerbates and perpetuates the problem. Mindfulness teaches people to be more aware of their moods and to treat them more objectively. Such an approach obviously has the potential to be useful for anyone who suffers from an abundance of negative feelings. The study seems to support this idea.

However, there are several important caveats to consider before advising people to throw away their medication in favour of meditative practices and breathing exercises.

Firstly, while the study states that mindfulness (combined with cognitive behavioural therapy approaches) can stave off recurrent depression as well as antidepressants, it doesn’t prevent it entirely; it just stops it happening as often. In fairness, the same goes for medication. Depression is a real pain in that regard.

Perhaps more revealingly, the study recruited subjects diagnosed with depression who had suffered three or more major episodes and were on a maintenance dose of antidepressants. This may not seem important, but it may be crucial. Vitally, every subject in the study was already at the stage where they were being treated. One of the major hurdles of depression, and other mental illness, is that it prevents you from thinking or behaving rationally (from a typical person’s perspective). Engaging in the techniques and approaches required for mindfulness would require the ability to be objective and the willingness to look closely at your feelings and emotions. This is something many depression sufferers have great difficulty with. The subjects in the study had thankfully progressed to the point where they could do this, but those in the early stages of depression may have far more difficulty even attempting the approach that mindfulness recommends.

Add to this the fact that an army of therapeutic experts and counsellors would be required to apply mindfulness techniques to all the depression sufferers in the UK alone, and it’s clear that it cannot provide the cheap, blanket approach offered by pharmacological interventions. It may be a useful approach, but we still need to separate the hype from the reality.

Top Photo:  ‘The general gist of mindfulness is that, via a variety of techniques, it enables you to be more aware of your cognitive processes, and allows you to pay attention to what you’re thinking and feeling, and therefore maintain a calmer, more objective perspective.’ Photograph: Dougal Waters/Getty Images.