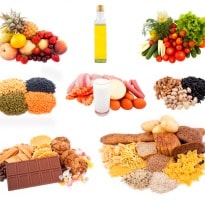 Levels of healthy fats in people's diets worldwide increased over the past two decades, while their intake of harmful fats stayed about the same, a new study finds.

Researchers analyzed data on consumption of fats and oils in 266 countries between 1990 and 2010. During that time, overall intake of omega-6, seafood omega-3 and plant omega-3 rose, while consumption of saturated fat, dietary cholesterol and trans fat remained stable.

The Harvard School of Public Health-led study was written on behalf of the Global Burden of Diseases Nutrition and Chronic Diseases Expert Group. It was published online April 15 in the BMJ and appears in the April 19 print issue.

Saturated fats can be found in foods such as high-fat cheeses, high-fat meat cuts, cream and whole-fat milk, ice cream products, and palm and coconut oils, according to the U.S. Centers for Disease Control and Prevention, which recommends cutting back on saturated fats.

Global saturated fat intake averaged 9.4 percent in 2010, but there were wide variations between countries, ranging from 2.3 percent to 27.5 percent, the new study found.

The highest levels of saturated fat consumption were in Samoa, Kiribati and other palm-oil producing island nations, along with Sri Lanka, Romania and Malaysia. The lowest intake was in Bangladesh, Nepal, Bolivia, Bhutan and Pakistan, according to a Harvard news release.

Global trans fat intake was 1.4 percent and ranged from 0.2 percent to 6.5 percent among countries, the new study found. Worldwide cholesterol intake was 228 milligrams (mg) per day, but ranged from 97 mg to 440 mg per day.

The CDC recommends that people get most of their dietary fat, including omega-6s and omega-3s, from sources such as nuts, vegetable oils and fish.

In the study, intake of seafood omega-3s was 163 mg per day worldwide, but varied from 5 mg to 3,886 mg per day among countries, researchers found. Higher levels of intake were in Maldives, Barbados, the Seychelles, Iceland, Malaysia, Thailand, Denmark, South Korea and Japan.

Very low levels of seafood-omega-3s intake were found in sub-Saharan Africa, North Africa, some Asian regions and the Middle East. These regions have 3 billion adults and account for nearly 67 percent of the world's adult population, the news release noted.

It's believed that poor diet is the leading modifiable cause of poor health worldwide. By 2020, poor diet will likely play a role in about 75 percent of all deaths from chronic diseases such as cancer, heart disease, obesity and type 2 diabetes, according to the news release.

The U.S. National Library of Medicine has more about dietary fats.