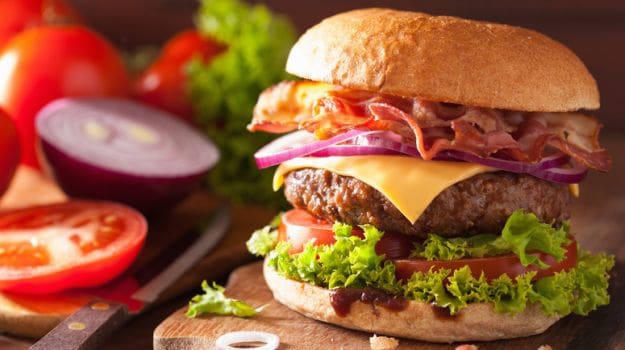 Highlights
Spending money to lose weight does work at times. You could force yourself to wake up earlier every morning and head to the gym - if you have paid up a hefty fee, or bought fancy shoes and workout gear. But does the same motivation work when it comes to avoidant behaviour? Will you stop eating a Rs. 300 burger or pizza because it is now pricier, at roughly Rs. 345?

Much has already been said on Kerala's 14.5 per cent fat tax on "junk foods" like burgers and pizzas sold at branded retail chains. It is discriminatory. Why does it exclude from its ambit equally fattening and unhealthy local street foods? Why does it only include within its purview branded restaurant retail (both McDonald's and Pizza Hut, two of the largest players in this segment)? Is the basis of the law, a rather faulty inference that it is only "rich" kids who need to shed their weights, gained from eating "privileged", "expensive" fast food?

The last does seem to be a subtext to the law, which is quite limited in its scope and obviously targeting only branded restaurant retail, vis-a-vis the "common man's" snacks available at the street sides.

While there is no denying that we are sitting on an obesity epidemic and that "lifestyle" diseases such as cardio-vascular ones, diabetes, arthritis and cancers are on the rise due to poor nutrition and changing lifestyle choices, the perception that these are rich people's ailments and that obesity really is a privileged epidemic is wrong. Policies and measures need to extend to all sections of the population and be restricted not just to discriminatory taxation but to a wide spread and serious awareness drive.

After all, it is only because health has also become a fad that the creamy layer even in the Indian metros is now eschewing cream for salads and quinoa instead. The problem with eating healthy in India often is that everything that can be nutritious and safe is just so pricey. Fruits and vegetables, the basis of all our traditional diets whether we be rich or poor, are now so expensive and inflation hit that to put them on the table regularly even for a family of four, say, with a monthly income of Rs 1 lakh per month, is quite a task. And this is when the household income pegs you at the "lower end of upper income class" bracket. If bhindi is Rs. 80 per kg and a packet of 1X4 instant noodles Rs. 45, isn't it just more effective to substitute the former with the latter?

In India increasingly, like in many countries of the developed world, it is only the affluent who have access to quality nutrition. The rest make do. Part of the reason why eating habits across income groups are changing is this. The lady who cooks in my home, often goes back to her own house after a long day of work and summons up just enough energy to cook a packet of instant noodles for her children.

Fast food is fast and cheap and obviously gaining ground. But the point cannot be to make that more expensive. The point should be to make "good" food less expensive, especially in inflation-hit India.

Then there is this ridiculous assumption that only "foreign" fast food is fattening. Not the so-called Indian street treats. This is a chauvinistic argument to make. Samosas, vadas, banana chips, bhature... all fried on the streets in poor quality oil that is repeatedly used, promoting free radicals that clog up your arteries, is so damaging as to put you off these pleasures if you just sat up and thought about it.

Nutritionist Kavita Devgan, author of the book Don't Diet: 50 Habits of Thin People says, "it is all these foods with trans fats that are really the culprit for the epidemic of lifestyle diseases we are seeing in our midst." Devgan is a supporter of any fat tax on foods in the country, including the kind initiated by the Kerala government, saying that the obesity issue needs to be addressed at a large scale and all measures need to be tried to support public health.

"Children are quite badly affected by the prevalence of these fast foods," she points out. A study conducted by All India Institute of Medical Sciences (AIIMS) shows that roughly 20 per cent of school-going children in India are obese. A recent study found that children who eat fast food at least three times a week are exposed to an increased risk of asthma and rhinitis."

What Devgan suggests is widening the scope of such laws to include "any foods with trans fats". Internationally, there are stringent laws in many countries against food products containing trans fats. But in India, where labeling of packaged foods in particular and food safety regulations are full of loopholes, manufacturers get away using them.

Trans fats can be found in most packaged foods - biscuits, chips and cakes included - because these give products a longer shelf life. But even when it comes to street foods, the medium of frying in India is often hydrogenated fats (trans fats are formed when oil goes through a process of hydrogenation to make the oil more solid).

Dalda as it was earlier generically called (and sold as "vanaspati" under several local brand names) was deemed a cheaper substitute to ghee, the milk product that has formed the basis of Indian cooking traditionally. Sometime in the 1970s-80s, ghee underwent a vilification campaign of sorts with nutritionists coming out against saturated fats (which ghee and butter are), saying that the increased prevalence of heart disease could be directly attributed to these.

What gained marketing currency was the vanaspati - ironically deemed healthier than the ghee; but in reality full of life-threatening trans fats. The research responsible for this has thankfully fallen by the wayside. And ghee in moderate quantities is now deemed good for health.

Not All Fats Are Bad, Are They?

Nutritionists now say that moderate amounts of fat is in fact good for health. Good quality ghee for instance has healthy fats like conjugated linoleic acid, which ostensibly reduce diabetes risk and help in maintaining a healthy body weight. Ghee also contains fat-soluble vitamins (much like egg yolk) like A, D, E and K and cooking vegetables rich in nutrients allows us to extract more benefits from them.

Obviously, not all fat is "bad". And any "fat tax" needs to take that into cognisance too, else it is destined to fail, quite like the Denmark experiment that taxed fatty foods like butter too, even though the research condemning saturated fats was already outdated by then. A healthy diet needs to incorporate 25 per cent fat in it. Higher quantities obviously come with risks.

Indian street food, almost all of which is fried, obviously poses a risk on grounds of quantity of fat contained. And also on grounds of the quality of fat that goes into it. Since this is a price sensitive category, cheaper alternatives to good quality fat are invariably found and it is common to see vendors using vanaspati widely. Poorer quality refined oil is also used as an alternative, but when this oil is repeatedly heated to high temperatures beyond its smoking point (and that is how most Indian street vendors fry), it starts breaking down. What are formed as a result are those dangerous free radicals that can clog the arteries and cause cancer.

And finally, there are all the other classes of over salted, over sugared, full of maida food both packaged and "fast"; both "Indian" and "local" and "foreign". What needs to be monitored is their preparation and marketing too. But a larger public awareness policy and incentivising healthier foods may work better than taxing junk selectively.