Should You Tell Your Boss About Mental Illness? Absolutely 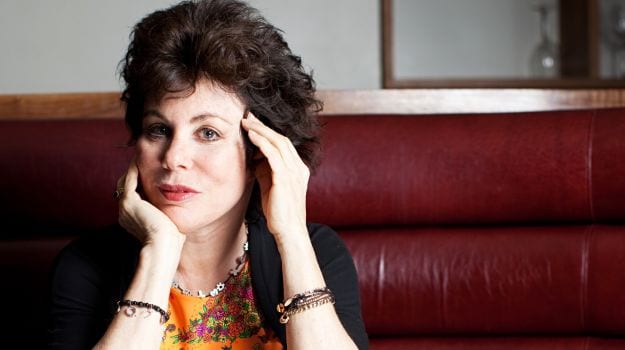 ‘Ruby Wax's remarks tap into the fear that being mentally unwell is an absolute: a tattoo on our very self.' Photograph: David Levene for the Guardian.

Ruby Wax's advice threatens to reverse the progress many employers have made on this delicate issue.

If you become mentally ill, don't – whatever you do – tell your boss. That's Ruby Wax's advice. The comedian and author, who was recently awarded an OBE for her services to mental health, told the Times: “When people say, ‘Should you tell them at work?', I say: ‘Are you crazy?' You have to lie. If you have someone who is physically ill, they can't fire you. They can't fire you for mental health problems but they'll say it's for another reason. Just say you have emphysema.” Mental illness, she added, “is like the situation used to be with gay rights. Like being in the closet, but mental illness is now the taboo instead.”

For Wax, a prominent advocate of mental health awareness and visibility, to tell those of us who experience a mental health problem – one in four in the UK each year – that we're still stigmatised seems a significant regression. Because as a nation we've got much better at not looking on those with mental health problems as weird.

Yes, there's still no true parity between physical and mental healthcare in this country, and rates of suicide continue to increase. Clearly, many of us are still ashamed of reaching out when we're not feeling right, and fear being judged, or what it means to become mentally unwell.

I can attest to the fear of being thought of as The Mad One – that I am my anxiety, and my anxiety is me

Yet attitudes are improving. If a colleague struggles with anxiety, we're less likely now to describe them as “a bit nutty”, drawing an imaginary spiral near our temple. I'm writing a book about anxiety, and the general consensus among the psychologists, psychiatrists and GPs I've spoken to is that the discourse is evolving – even if it feels like the pace of change is glacial. There is tangible optimism, even within a sector of the NHS that has come apart at the seams under public spending cuts, that people are more open about how they feel in their heads.

What certainly won't help is campaigners such as Wax – who has battled depression over the years – telling us to keep our mouths shut or, worse, lie about our illness.

Mind, the mental health charity, has made openness in the workplace one of its primary aims. Its research suggests that a culture of fear and silence around mental health represents a cost to employers. Of the people Mind surveyed, one in five said they take days off work with stress; one in 10 had resigned from a job because of stress; one in four had considered resigning due to stress; and one in five felt they couldn't speak to their managers about stress. Over half of employers said they'd like to do more to improve staff wellbeing, but felt stuck due to a lack of training or guidance.

This suggests that most employers, however clumsy at reacting appropriately when staff tell them they are under pressure, want to get better at looking after people. Wax is right to say that an employer can't fire anyone for mental health problems – but on what grounds can she claim they'll find an excuse to fire you for “something else”? What experience would a wealthy, successful woman –with no line manager to answer to about sick days or compassionate leave – have to back up her “you have to lie” advice?

Here are the facts: it's illegal to be dismissed from your job because of a mental health problem. The Equality Act, bringing together the laws that were found in the Disability Discrimination Act, Race Relations Act and Sex Discrimination Act, protects people from discrimination on the grounds of disability. If you have a mental health problem you may not think of yourself as disabled, but if it has a significant impact on your day-to-day life for a period of time, it will probably be considered a disability under this law. It's a very detailed law, but Mind provides a legal briefing about how it works.

Most important, an employer should not treat you unfavourably because of a disability, and must make “reasonable adjustments to work practices, and provide other aids and adaptations” – for example, being flexible about hours, and temporarily allowing you to work part-time, or have a period of sick leave with the clear reassurance that you are still valued as an employee. If you feel as if you've been fired under the cloak of “something else”, chances are you will be protected.

Wax's remarks tap into the fear that being mentally unwell is an absolute: a tattoo on our very self. She might be happy for her struggle with depression to be a significant part of her identity, but many who live with, say, an anxiety disorder can have a nauseous fear that their problems will eclipse every other part of their character.

Related: Politicians say all the right things about mental health – but where's the action? | Simon Wessely

I can attest to the fear of being thought of as The Mad One. When a close friend said recently, with affection, that I was “nutty”, it tapped into a nagging insecurity – that I am my anxiety, and my anxiety is me. Because I am also a successful, capable person with, I think, heightened levels of empathy that come from my own struggles, accepting that I have a predisposition to being anxious has helped me get better.

Everyone has “mental health” because we're highly evolved animals with big, complicated brains, and we all have undulating reserves for the stresses of life. As Mark Salter, a consultant psychiatrist, told me recently, “becoming mentally ill isn't a full stop in a sentence – it's a comma”. No one is 100% “well” all the time, but unless the stigma is challenged with openness the wider conversation will never change. Anyone who has experienced mental health problems will remain “other” and we'll stay stuck in awkward loops of shame.

We should really just be talking about “health”, full stop – there needn't be a separation of brain and body. In discouraging people from telling employers they're unwell – because that's what depression or anxiety is, a blip in our overall health – Wax is feeding the very stigma she's warning against.

So tell your boss if you're struggling. Ask for time off. Be honest and try not to lie. You don't just owe it to yourself to get back on your feet (or, to use Dr Salter's metaphor, to carry on with your sentence) – you owe it to the next person. Secrecy doesn't help. The cold reality of the suicide statistics proves it. What Wax has said is backwards-looking, pessimistic and dangerous. She should know better.