The Dangers of Disturbed Sleep 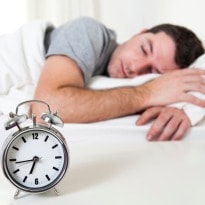 There's nothing like a good night's sleep. The way you feel when you wake up every morning says a lot about the course of the day. When you are well rested and restored, your concentration levels are better and so is your mood. A latest study suggests something new.
Researchers from Uppsala University in Sweden have figured that regular undisturbed sleep can boost brain health in men.

Listen to the latest songs, only on JioSaavn.com
"These findings suggest that strategies aimed at improving sleep quality in late life may help reduce the risk to develop Alzheimer's disease." Benedict stressedVarious researchers have tried to explore the sleep-dementia link. Another study shows that
sleep loss can lead to a loss of brain cells. It has been seen that not only a short duration, but also poor quality of sleep may increase the risk of Alzheimer's in older people.