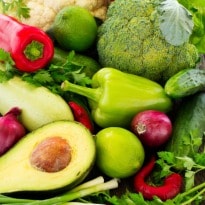 What could be better than an all-in-one weight loss diet? A recent study at St. Michael's Hospital showed that a modified Atkins diet, called "Eco-Atkins" diet, can be effectively used to reduce weight and lower the risk of developing heart diseases.

The study revealed that the Eco-Atkins diet reduced cholesterol by 10 percent while also helping the participants to lose about four pounds more than the actual Atkins diet that uses a combination of high-carbs and low-fat. The participants were monitored over a period of six months. The study was published in the British Medical Journal Open.

"We designed a diet that combined both vegan and low-carb elements to get the weight loss and cholesterol-lowering benefits of both," said David Jenkins, director of the clinical nutrition and risk modification centre at St. Michael's Hospital here. The Eco Atkins diet is a low-carbohydrate vegan diet which was compared to a high-carbohydrate, low-fat diet. (More: 5 diets loved by celebrities)

Promoted
Listen to the latest songs, only on JioSaavn.com
"We could expect similar results in the real world because study participants selected their own diets and were able to adjust to their needs and preferences," Dr Jenkins noted.

Researchers observed 23 obese men and women. They were offered different menu plans that best suited each. They were allowed to swap certain foods, giving them the flexibility to change the diet plan according to their needs. (Deconstructing being vegan - is it good for you?)

Comments The participants were made to consume 60 percent of their estimated caloric requirements. They aimed for a balance of 26 percent of calories from carbohydrates, 31 percent from proteins and 43 percent from fat - primarily vegetable oils. Predominant sources of fat in the diet were nuts, vegetable oils, soy products and avocado.  A diet like this can help us lead a healthier, fuller diet without consuming much of the unwanted carbohydrates and fats, thus reducing health related risks.