Is Stevia a Safe Alternative to Sugar? 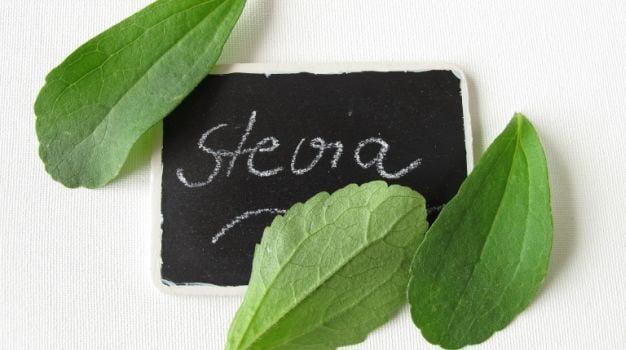 Highlights
In this piece, we get down to analyse the efficacy of one of the most viable sweetening substitutes available in the market - stevia. When stevia hit stores many years back, there was enthusiasm teamed with a wave of skepticism with respect to its safety for human consumption. Over the years, the sugar substitute has undergone much banter by many health experts until recently when its sale and commercial consumption got a nod by many governments abroad as well as by the Indian food regulatory watchdog FSSAI in the year 2015.

Stevia is a sweetener which doesn't fall under the category of artificial sweeteners as it is derived from a plant called Stevia Rebaudiana widely grown in South America. It belongs to the asteraceae family of flowers which include blossoms like daisy, asters, chrysanthemums and ragweed.

"When we say that stevia is not artificial, we mean that it is not synthetically produced. It doesn't have artificial formula or compounds. It is extracted from a leaf which comes from a naturally occurring plant. You can even grow stevia plants in your backyard," noted leading nutritionist and weight management specialist, Dr. Anshul Jaibharat .

Sweet compounds - stevioside and rebaudioside - are isolated and extracted from stevia leaves and are further processed to the take form of sweetening powder, capsules or liquid.

Stevia is almost double the amount of sweetness when compared to regular sugar. It has almost zero calories and no carbohydrates. This factor makes it a viable sweetening option for those who want to lose weight or are on low-carb diet. However, "I would recommend my patients and clients to try to cut down on sweeteners or to avoid them altogether. Stevia is viable for diabetics as a substitute. For non-patients, Stevia is not really required as the body is able to restrict sugar and produce insulin. In such a case, the healthiest option would be to limit sugar intake rather than using other sweeteners," noted Dr. Anshul Jaibharat.

"Yes, stevia is zero calories, but when mixed with a carrier agent like dextrose, its calorific value is bound to go up," shared Dr. Sunil Sharma, general physician and head of emergency, Madan Mohan Malviya Hopspital, New Delhi

To use or not to use

What makes stevia so popular with diabetics is the fact that it sweetens food without adding to the blood glucose levels or carbohydrates. It has no calories in its pure form. Therefore, not only diabetic population but other health conscious non-patients don't mind trying it. However, many of those who have tried it, can't help but accept the fact that stevia has a bitter aftertaste. Acquiring a taste for it might be a little difficult, some even believe that it tastes the worst when added to hot beverages.

"Stevia is any day better than any other sugar substitute. It is plant based. It is derived from a natural extract hence there can be no carcinogenic or any other health harming properties associated with it," Anupama Singh, consultant, internal medicine, Max Smartcity Hospital, Delhi.

How much is enough?

Listen to the latest songs, only on JioSaavn.com
"In my opinion, stevia is relatively safer sugar substitute as there have been no documented side-effects associated with its consumption so far. You shouldn't go overboard with it. The best would be to refer to its ADI (acceptable daily intake) value as prescribed by authorized bodies like the US FDA or the American Diabetic Association and then consume it. I would recommend 3 miligrams of stevia per kilogram body weight per day," concluded Dr. Sharma.

According to United States Food and Drug Association (US FDA) the Acceptable Daily Intake (ADI) of stevia stands at 4 milligrams per kilogram body weight per day (mg/kg bw/d).

Usage of raw stevia leaves has remained under medical and scientific scrutiny and examination. While US FDA allows only purified form of stevia for consumption purpose versus the raw form of it - stating the latter can be detrimental to health - people in Japan and South American countries like Paraguay and Brazil have been using natural stevia leaves since many years for sweetening and therapeutic purposes.