A low-carb diet would automatically alter the body's metabolism to make use of fats and protein to derive energy, leading to weight loss. Here's a look at the diet and Ketogenic diet foods. 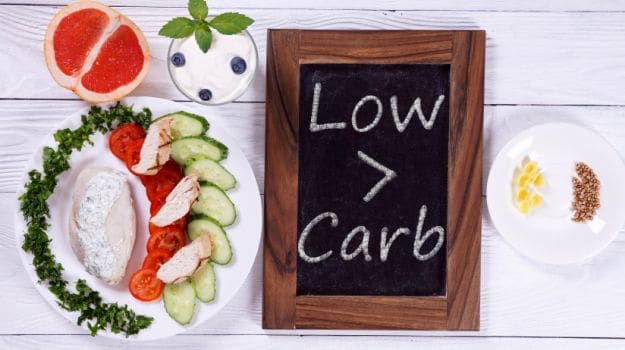 Would you really want be to the hamster subjected to medical research and studies? If your answer is no, then maybe you should rethink trying those fad-diets, which are, in reality, the outcome of some medical research carried out in order to combat a certain disease. Interestingly, these days the most popular diet regimes are dominantly low-carb in nature. As I had previously talked about Atkins diet, wherein your meals are literally devoid of carbohydrates and are mostly fats and primarily protein. Apparently, the diet was an aftermath of the American cardiologist Dr. Robert Atkins' desperate efforts to solve his own overweight condition. Another addition, rather a sequel to the Atkins' diet is the Ketogenic diet - let's take a deeper look into it.

Surprisingly, the Ketogenic diet had its genesis in epileptic seizures. Had it not been Dr. Henry Rawle Geyelin's research on ways to treat epileptic seizures, the diet would have probably never come into existence. Dr. Geyelin studied the considerable reduction in epileptic seizures and fits in his patients, when they underwent a fasting period. He then realized that low carb intake leading to plummeting blood glucose and increased fat metabolites, were key to managing seizures better. In addition to tackling the condition, the diet also led to weight loss - hence, the proposition of the diet.

According to Dr. Ritika Sammadar, Nutritionist at Max Health Care in New Delhi, "We do follow the Ketogenic diet in hospitals with respect to those suffering from epilepsy. It helps remarkably in tackling seizures. However, in my opinion, it is absolutely impossible for non-patients to undertake the diet. Not only is it difficult to follow, it may also have severe health implications and repercussions."

How does it work

Our body uses carbohydrates to derive energy and glucose that is used by the brain as well as rest of the bodily functions. A low-carb diet would automatically alter the body's metabolism to make use of fats and protein to derive energy, leading to weight loss. The human body derives close to 60% of its energy from carbs on a daily basis. In the Atkins' diet, you depend chiefly on proteins, deriving 40% of your daily energy from that food group. In the Ketogenic diet, fats become the primary source of energy; here you are surviving on a mere 10% of carbs, 10-20% of protein and a whopping 70% intake of fats every day.

The Bottom Line - Should you or Should You Not?

The diet has faced much criticism lately for its sole purpose of being a weight-loss agent. However, the combination of low glucose and high ketones production in the body - triggered by the diet - has been widely embraced by the medical world for further studies. Reportedly, the switch from glucose to ketos (fat metabolites) as an alternative source of energy not only helps in epilepsy but in tackling many other ailments. Some of the most recent studies suggests that as the body gets deprived of its primary source of energy and the metabolism alters itself, it results in the slowing of or at times stunting the growth of tumours as well as cancerous cells which traditionally require glucose to survive, sustain and multiply.

But does that make it a viable option for weight loss in non-patient? "Absolutely no," retorted Dr. Sammadar who admits Ketogenic diet's efficacy in epileptic patients but does not support its practice for weight-loss by the general population.

"Indians are primarily dependent on grains, lentils, pulses and millets. Our diet is carb-heavy. We usually don't eat meats in high quantity. The diet is not a viable option at all. If you aren't having enough fluids, such low-carb diets may lead to the development of kidney and gall-bladder stones," added Dr. Sammadar. Moreover eliminating cereals, nuts, seeds, and legumes can make one deficient in fiber, calcium, potassium, selenium, magnesium and other important nutrients.

"It has shown outstanding results in treating epileptic seizures, not so much in adults as in children. I would say it is a medical diet tailor-made for a specific purpose and shouldn't be used or misused otherwise," stated Dr. Rupali Datta, Chief Clinical Nutritionist at Fortis-Escorts Hospital.

It is always advisable to eat a balanced diet coupled with daily physical activity. Your fitness regime should involve a healthy mix of all nutritious foods and at least 30 minutes of moderate-intensity activity to balance out the effects of all the yumminess that you indulge in. Eliminating a food group completely is not the answer. Always remember, "for an average Indian, 55% of daily energy requirements should be met by carbs, 30% by fat and 15% by protein," concluded Dr. Sammadar.

We recommend you undertake any diet under strict medical supervision.