You Still Need to Stress About Stress 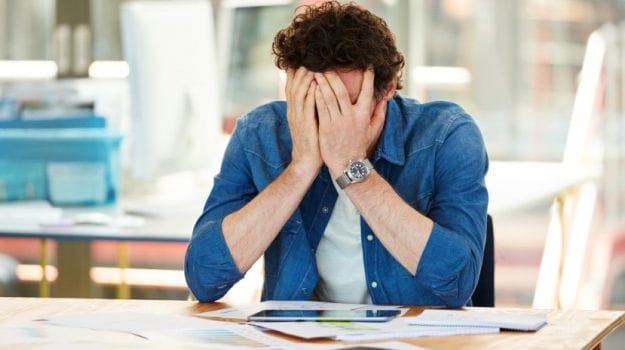 Differences in life expectancy by education and income are increasing. And while differential trends in smoking and other habits partly explain the lifespan gap, it's mostly a puzzle. I suspect that a major factor is stress -- that prolonged exposure to stress has risen more among families of moderate income than it has among those of high income, and that the stress is literally killing people.

A new study raises doubts about this hypothesis. The researchers found that British women aged 50 to 69 who said they were unhappy or felt as if they had no control over their lives were more likely to die over the next decade than those who did not. But when the researchers adjusted for self-reported health at the beginning of the study, the correlation effectively disappeared.

The researchers concluded that the women in worse health had shorter life expectancy, and that their health problems were also what caused them to feel stress and unhappiness. As the lead author, Bette Liu of the University of New South Wales, commented, "Illness makes you unhappy, but unhappiness doesn't make you ill."

That would certainly undercut the idea that stress is a killer -- were it not for three things that got almost no attention in the press coverage of the study.

First, previous studies have found a stronger association between happiness and health for men than for women.

Second, if unhappiness and stress do affect health, they may begin to do so well before the age of 50. In that case, when the authors of the British women study adjusted for self- reported health at the start of their research, they would have removed the connection they claim doesn't exist. One of their appendix tables shows that, among the women who said they were unhappy, 40 percent reported fair or poor health at the beginning of the study, compared with only 15 percent of those who said they were happy. The researchers argue that this shows that those in bad health are unhappy, rather than the other way around, but that's not necessarily the case. (These numbers, by the way, exclude those who, at the beginning of the study, had cancer, heart disease, stroke or chronic-obstructive-airways diseases. But to the extent that unhappiness and stress before age 50 could contribute to those conditions, the point is even stronger.)

The authors of the British study did find that, after age 50, there is effectively no association between lifespan and happiness or stress. Indeed, this is perhaps their strongest finding and understandably raises questions about how unhappiness affects health.

But it also brings me to my third caveat. The unhappy people who reported being in excellent health when the study started may well be exceptions for whom unhappiness imposes no harm. Other research from Britain shows that the harm from stress depends a lot on one's beliefs about it. If you're under stress but believe it doesn't affect your health, it doesn't. And if you believe it does, it does. This was true among subjects who rated their health as good as well as those who rated it as poor. So it's entirely possible that the unhappy women in the more recent study who were in excellent health view the effects of their unhappiness and stress differently than other unhappy, stressed people do.

Given that we still don't know what's widening the lifespan gap, and that stress cannot be eliminated as a possible factor, the academic and medical communities need to explore much more aggressively how stress affects different people.