70 Per Cent Of World's Population Is Not Getting Enough Omega-3 Fatty Acids; Here's Why

EPA and DHA - are the two fatty acids that are limited in supply nowadays. Other fatty acids are readily available through plants-based sources. 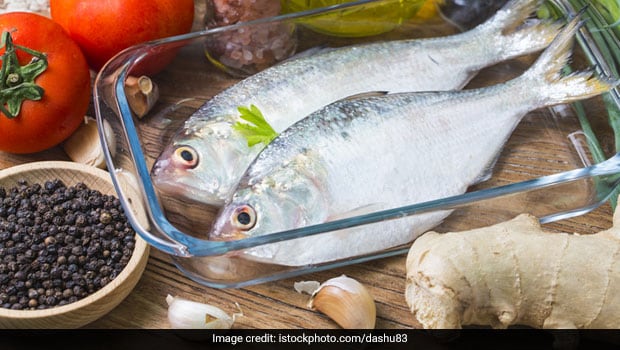 Fish is known to be one of the most nutrient-dense foods that nutritionists and health experts recommend. Fish in the diet works favourably as it is the topmost source of essential Omega-3 fatty acids. But, due to rise in global population and fall in fish stocks worldwide, there might be a deficiency in the key fish fatty acids now. A recent research found out that as much as 70 per cent of the world's population might not have access to essential Omega-3 fatty acids. EPA and DHA - are the two fatty acids that are limited in supply nowadays. Other fatty acids are readily available through plants-based sources.

These healthy Omega-3 fatty acids are an important part of human diets. These acids are also said to have a positive impact on infant development and reducing cognitive decline in adults.

Helen Hamilton from Norwegian University of Science and Technology and first author of the paper published in the academic journal Nature Food, said, "When we looked at how EPA and DHA are produced and consumed, in humans and in the ocean, we found that 70 per cent of the world's population doesn't get what they really need. That can have far-reaching health consequences."

The research discovered that the world's fisheries are under pressure, with an estimated 63 per cent of all fish stocks considered exploited and in need of rebuilding. This is leading to difficulty in catching ample fish that can fulfil the dietary needs for EPA and DHA in people across the world.

For the study, the team of researchers collected data from the UN's Food and Agriculture Organization and the International Marine Ingredients Organization, along with published research articles and reports.

"We can't take any more fish out of the ocean. That means we really need to optimize what we do have or find new, novel sources. We need to look at how EPA and DHA are produced and consumed by humans and in the ocean," Hamilton added.