Asafoetida (Heeng) Will Now Be Grown In India; Why It Is An Important Spice

Asafoetida will be cultivated in India for the first time. Till now, the demand of the spice was met through imports only. Read the many health benefits that heeng offers.. 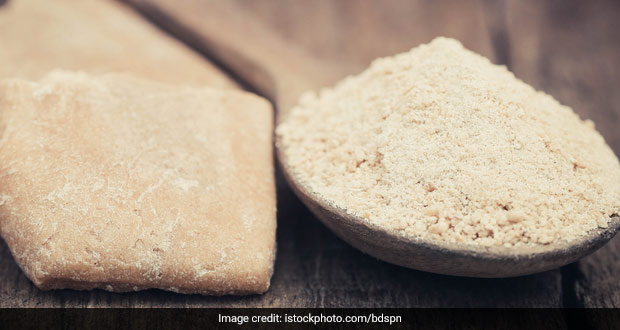 Asaofetida cultivation has started in India.

Asafoetida (heeng) is one of the most important spices in Indian cuisine and has been an essential part of our food culture since forever. The highly pungent and potent spice adds tons of flavour and aroma to our food. Asafoetida can be found in almost every Indian household; however, it was imported to India till date to fill in the huge demand. Asafoetida will never lose its importance in our cuisine, and now it will find its root too in our country. For the first time ever, asafoetida will be grown in India. The CSIR-Institute of Himalayan Bioresource Technology (IHBT) took the initiative of cultivating the spice in Lahaul valley in Himachal Pradesh.

Till now, India was importing about 1200 tonnes of raw asafoetida every year from Middle Eastern countries like Afghanistan, Iran and Uzbekistan. Indian had to bear huge spending of about 100 million USD per year.

IHBT brought in the seeds of Ferula asafoetida plants in India and developed its agro-technology to start cultivating it here. On October 15, the first seedling of asafoetida was planted by Dr. Sanjay Kumar, Director, CSIR-IHBT, at farmer's field in village Kwaring of Lahaul valley.

"Due to the efforts of CSIR constituent laboratory, the Institute of Himalayan Bioresource Technology IHBT Palampur, a historical shift in farming practices is in the offing with farmers of the remote Lahaul valley in Himachal Pradesh taking up cultivation of asafetida (heeng) to utilise vast expanses of wasteland in the cold desert conditions of the region," the statement released by CSIR read.

CSIR-IHBT procured six accessions of seeds from Iran through in October 2018, and raised the plants of heeng at CeHAB, Ribling, Lahaul and Spiti, H.P. Since the plant grows in cold and dry conditions, the cold desert areas of Indian Himalayan region were chosen for its cultivation.

(Also Read: Health Benefits Of 38 Important Spices From Around The World)

Why Is Asafoetida An Important Spice I Benefits Of Asafoetida:

Consultant Nutritionist Rupali Dutta tells us how adding asafoetida in your foods can benefit you:

1. It also works to improve digestion and expels wind from the stomach, thereby providing relief from flatulence, acidity, bloating and other Irritable Bowel Syndrome (IBS) symptoms.

2. Asafoetida is loaded with a compound called coumarin, which is known to help manage blood pressure level, so is good for hypertension diet.

4. Some animal studies have claimed that asafoetida may act as a blood thinner and prevent blood clotting. Asafoetida may also good for diabetes patients.

5. Its antibacterial properties play a significant role in warding off common health issues, and also boost skin and hair health.

Growing our own asafoetida is being seen as a major boost in Indian agriculture practices, which will also help meet the huge demand of the spice in our country.